There was lots of drama in the Knesset plenum on Wednesday, which happened to be the 71st birthday of Prime Minister Benjamin Netanyahu. Opposition leader Yair Lapid’s Yesh Atid party supported a Meretz party proposal to establish a parliamentary commission of inquiry into the “submarine affair,” and the vote resulted in 25 MKs for, 23 against.

The submarine affair, or scandal, a.k.a. Case 3000, describes a deal in which three Dolphin-class submarines and four Sa’ar 6-class corvette were purchased from the German company ThyssenKrupp by Israel. The suspicion, in this case, refers to swaying the deal in ThyssenKrupp’s favor for the personal gain of several of the people involved. Netanyahu’s cousin and personal lawyer David Shimron, who represented the German company in Israel, is one of the main suspects. So far, Attorney General Avichai Mandelblit has held that Netanyahu is not a suspect in this case, although many, including his former Defense Minister and now political enemy Moshe Ya’alon, continue to suggest the PM should be investigated in this case, too.


Ya’alon and others also demand an investigation into Netanyahu’s confirmation of a submarine sale by the same German company to Egypt, which could harm Israel’s military advantage.

Knesset Speaker Yariv Levin (Likud) canceled the results of the vote on the initiative to establish a committee of inquiry into the submarine scandal, on the grounds that there had been a demand issued by Coalition Chairman Miki Zohar for a roll call.

Yariv: “Even I didn’t vote. Why did I not vote? For two reasons. First of all, because no announcement was made that a vote is being taken. We’re not dealing with hijacking or tricks here. There was a clear request to hold a roll call and not an electronic vote, so I canceled the vote.”

Opposition members left the plenum in a rage before the name vote.

The official vote for the second time was 40 against and 0 in favor.

The initiator of the proposal, MK Tamar Zandberg (Meretz), said after the vote had been canceled: “The Knesset plenum has explicitly decided to open a committee of inquiry into the submarine affair. The chairman’s decision to cancel the results is a stain on democracy. If necessary, we will appeal to the High Court of Justice.”

Blue&White for their part said they would not cooperate with efforts on the part of their former partners, Yesh Atid, to humiliate them every week with the submarine thing.

“Ganz spoke this week and said that this is a serious matter that requires an investigation, which is why, as Defense Minister, he is currently weighing the launch of a review committee, as should be done.” 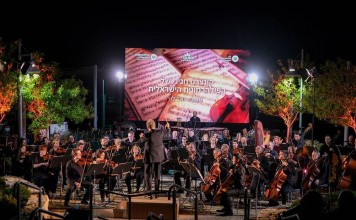 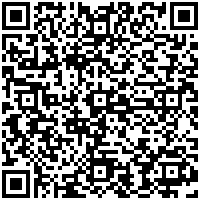