The political news in Israel is happening almost as fast as folks are getting the Covid vaccine!


New elections were just officially declared last week, but the drama has not stopped for a second! Here’s a brief roundup:

* It appears, as of now, that Likud will not be holding primaries before the next election. So Prime Minister Netanyahu will just pick the list himself or with the help of some of his remaining cronies. Just like Avidgor Lieberman does. And you thought America was being infiltrated by Soviet influence!

* As predicted by many, the Blue and White party has disintegrated significantly in the last week. Although Benny Gantz officially launched the party’s campaign, two of the other main leaders of the party ain’t on board any longer.

Justice Minister Avi Nissenkorn has left Blue and White and is forming a new left-center party with Ron Huldai, current and long-time mayor of Tel Aviv. Their new party will be called “The Israelis.” Not sure how competitive they will be in the actual election, but that is some stiff competition to Gidon Saar’s “New Hope” party for stupidest name for a political party.

In addition to Nissenkorn and other members quitting, Foreign Minister Gabi Ashkenazi is reportedly planning to take a break from political life. Can’t blame him. It hasn’t been pretty lately.

* Gidon Saar’s party, New Hope, continues to poll very well. It got a big boost this week when previously-very-loyal-to-Netanyahu Likud member Zeev Elkin not only announced he was joining with Saar, but also ripped Netanyahu in a very critical public statement.

Doesn’t look good, but don’t count out Netanyahu yet. That would likely be a mistake. Although, I’m not sure anyone saw this hit coming. Will be interesting to see if any other high-profile Likud members also bolt.

Meanwhile, Saar announced some of his party’s platform, such as a term limit for being prime minister, regional representation in the Knesset and… who cares, none of this stuff is going to happen.

The only real reason this party now exists is for the people most recently politically hurt by Netanyahu to try to take him down. The other parties are made up of people who were hurt years ago, like Naftali Bennett…

* Naftali Bennett continues to declare his desire to be prime minister, much as I continue to actively campaign to be taller. This week, Bennett claimed he no longer cares about extending sovereignty in Judea and Samaria. I got to admit, I was even shocked by this one.

When asked about his political partner Betzalel Smotrich’s opinion on the matter, Bennett reminded the interviewer that he was the leader of the party and didn’t care what Smotrich thought.

While Bennett played the role of the spoiled kid at his birthday party, Smotrich opted for the battered wife impression and declared his intention of running again under Bennett’s leadership. Despite the polls, which are always wrong, especially at this point, without Smotrich’s partnership, it’s not so clear that Bennett’s New Right party passes the electoral threshold of four seats on its own.

Rumors are rampant of a potential partnership between Bennett and Gantz. Why? Why not? These two are already the joint mayors of la la land, both thinking they are just on the cusp of being prime minister, when in reality, not so much.

* Amir Peretz announced he was quitting as head of the Labor Party. I am the only one who noticed, and only because I write this brilliant, witty news update. Otherwise, I would have missed this incredibly unimportant piece of news as well.

* Where is Yair Lapid? No idea.

* The Haredi parties: No change… in thousands of years. Got to appreciate the consistency.

* It’s likely, that as soon as the dust settles and the final party lists are submitted, Netanyahu is going to open a giant can of smash mouth on his “right-wing” challengers, and it will be almost as painful to watch as Kamala Harris’ Chanukah video.

* Protests continue throughout the country over the killing of a young Jewish right-wing activist by Israeli police last week. The police are still in the process of fabricating their story, so no “accurate” details on that yet. Real creativity doesn’t happen overnight; it takes time.

In the meantime, the witnesses of the crime are being threatened with serious charges in order to shut them up. There are more details, but it only gets worse. Although many protesters have been arrested, thankfully, the police have not killed any of them.

* Israel once again allegedly bombed pro-Iranian forces in Syria, killing at least 6 terrorists. Iran once again had no response.

* Israel will be natural gas independent in the year 2021 for the first time. Will energy prices go down significantly? Don’t count on it.

* The murderer of Israeli mother Esther Horgan, Hy”d, was captured by Israeli security forces in a village near Jenin. He’ll probably get the corona vaccine before most Americans. 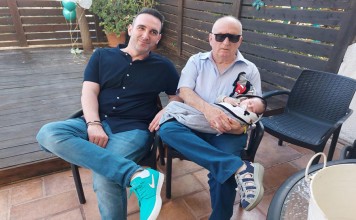 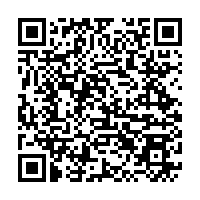