Many pooh-poohed President Trump’s get-tough policy toward China as he pursued an aggressive America-first trade policy replete with serious economic sanctions and threats of dire consequences if China didn’t cease its growing provocations in international waters.

One heard comments that he was getting us into an unnecessary trade war with China and risking armed confrontation. Yet, behind the Trump China policy are hard-nosed assessments. China, the world’s second biggest economy, is poised to overtake the United States, the world’s first economy, in terms of dollars in 2028, according to the Centre for Economics and Business Research.


And the Washington Times reports that the U.S. Navy, Marine Corps and Coast Guard just released a report many months in the preparation labeled “Advantage At Sea,” which is its maritime strategy for how our nation’s sea services can prevail during what they said could be the crises and conflicts over the next decade.

While the report acknowledges other national rivals such as Iran and North Korea, it places particular focus on China, and to a lesser extent on Russia, over their “maritime aggressiveness” and clear intent to remake the international order in their favor. “China is the only rival with the combined economic and military potential to present a long-tem, comprehensive challenge to he United States,” the report states.

The Centre report goes on to say that China’s malevolent behavior places that country on a direct path to challenge the ability of the United States to protect the freedom of seas, deter aggression, and win wars.

“We are at an inflection point,” the report says. “Our actions in this decade will shape the maritime balance of power for the rest of this century.”

According to the report, China already commands the world’s largest naval force – including submarines, aircraft carriers, and amphibious assault ships – and is continuing to build warships at a pace that is “alarming.” And its naval battle force “has more than tripled in size in only two decades.”

So it was dismaying for us to read an article by Atlantic columnist Thomas Wright in which he cites three sources close to Biden’s designated climate czar John Kerry that “Kerry believes that cooperation with China is the key to progress on climate change and that climate is by far the most important issue in the relationship between the United States and China.”

In fact, Biden himself has dismissed the notion that China represents a significant threat the U.S. on the global stage. “China is going to eat our lunch? Come on, man,” he said while campaigning in Iowa last year.

Also, in an op-ed piece in the Atlantic, Biden explained his choice of retired army four-star Gen. Lloyd Austin for Secretary of Defense if he becomes president on January 20, writing that he can rely on Austin to carry through on his top military priorities: Covid, military families, and “diversity.”

Are we alone in being concerned that our vital military, trade, and climate-change policies could soon become part of a big social experiment? 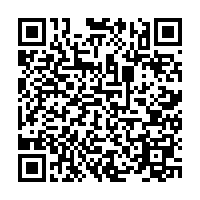