This week the CPAC conference is being criticized for a stage design that was created in conjunction with the hotel where the event was recently held. Apparently it was similar to a very not well-known Nazi symbol of some sort. But the hotel released a statement condemning CPAC for the design before CPAC could respond to the ridiculous accusation.

It’s good to see that America has moved past all the childish political antics.Can’t wait to hear what the geniuses at Saturday Night Live think about all this. They’ll probably just blame that Jews. That seems to be the universal custom.

The trend of lower numbers of those infected with Covid-19 continued this week, despite the Purim festivities – three days of Purim in Jerusalem! The number of serious cases has dipped below 700 and there are still no serious cases among those with two vaccinations – over 3.5 million Israelis so far.

There does remain the fear of new variants and the New York “Cuomo/Fredo” mutation was identified for the first time this week in Israel.

As a result of the positive statistics, Israel had decided to allow Israelis to return to and leave (those who are vaccinated) Israel without having specific permission. One of the reasons this was pushed is the upcoming election. Up to 3,000 Israelis a day will be allowed into the country. They will be required to pass two Corona tests to enter.

Polls are pretty much the same with 3 weeks to go until Election Day. They all say it’s going to be close as to whether Prime Minister will be able to successfully form a coalition government. Nobody in their right mind thinks that anyone else has any chance of being able to.

One of the least likely to be able to influence anything is Benny Gantz and his Blue and White party. Even more of his friends publicly encouraged him to drop out again this week. But he said he’s running till the end and you know how strict he is about political promises. If he goes even lower in the polls, expect him to drop out.

Meanwhile, Naftali Bennett and Gidon Saar continue to bicker over which of them should be the next prime minister. All the while ignoring the fact that the polls say that Prime Minister Netanyahu is projected to get a good amount more seats than both of them combined.

Not sure it needs to be said, but there is obviously a very real chance that Netanyahu takes at least a few seats from both of them on Election Day. He does it every time – he’s like John Mclean from “Die Hard”!

Some polls have the far leftist Meretz party not passing the electoral threshold. That would be very unfortunate – for evil.

Finally, the Supreme Court has overturned the Election Committee ban of some leftist Arab candidate and has allowed her to run. They are still considering whether to throw in a Reform conversion for her as well. More on that later in the update.

As you might have heard, this week, the Israeli Supreme Court ruled that anyone who undergoes a Reform or Conservative “conversion” in Israel would be eligible for Israeli citizenship under the Law of Return. There’s a bit to unpack here, so let’s do it.

– The ruling doesn’t affect fake conversions performed outside of Israel. Those already enable non-Jews to receive citizenship under the Law of Return. Despite the incredible ease at which this can be done, few actually do it.

– It doesn’t much affect all the Russian non-Jews in Israel because they got already here by being or faking eligible for the Law of Return.

– It will likely bring increased scrutiny on all conversions performed in Israel. While this isn’t a bad thing, it could very much be very bad for the assorted rogue conversion groups that have been getting away with a lot up until now.

Years ago a Reform leader threatened to “convert” a bunch of terrorists that Israel had deported to Lebanon. He argued that they would then be able to return to Israel under the Law of Return. That didn’t happen and this won’t lead to much of anything either. 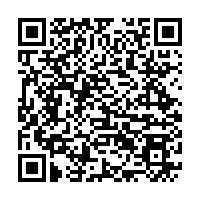