Protests continue in both the U.S. and Israel right now. Doesn’t seem like there is much of a point to them other than giving people something to do on a summer night.

It’s kind of like an extreme reaction to the corona restrictions of the last few months: I couldn’t hang out with my friends and cause trouble for a few months, so now I will hang out with thousands of random folks and cause destructive chaos.

Following an Israeli military strike in Syria last week that killed a number of terrorists, including at least one member of Hezbollah, Hezbollah has vowed revenge. As a result, Israel has sent reinforcements to the north and put soldiers stationed on the Lebanese and Syrian borders on high alert.

It appears that an attempt at “revenge” was made by a team of terrorists crossing the border in the area of Mt. Hermon. The terrorist team was spotted and gunfire was exchanged. The infiltration was scuttled.

At this time, it’s unclear what the fate of the terrorists was. Some reports say they were killed and others that they escaped. Either way, no casualties or damage on the Israeli side. Israel followed up with artillery fire into Lebanon.

Is this enough for Hezbollah? Unclear. There are now reports of additional figures near the border. This may go on for a while. Lebanon is currently in total disarray because of the coronavirus and its rapidly deteriorating economy. Hezbollah is very preoccupied with that situation and certainly the Lebanese people don’t want anything that will cause their country even more harm.

We’ll have to wait and see how much Hezbollah cares what the Lebanese people want and how much strife Israel can inflict, if need be.

There have been nightly protests in Jerusalem and Tel Aviv. Like in the U.S., these people hate the democratically-elected leader of the country and want him to go away, but otherwise it’s hard to know what they really hope to accomplish.

Unlike in the States, now right-wing protesters are starting to show up to counter (read: fight) the leftists. The government minister in charge of the police, Amir Ohana, has instructed the police to use more force to control the protests, but, in the spirit of everything else in Israel, the non-elected Attorney General has instructed the police not to listen to the elected minister and to do whatever they want. And so it goes.

There has been a lot of drama within the governing coalition as of late. It started with Blue and White voting for Knesset legislation last week that was opposed by the rest of the coalition. This was not taken well.

The charedi parties are furious about the incident. Some are suggesting that it’s all part of a plan by Prime Minister Netanyahu to somehow get out of his arrangement with Benny Gantz and either go to elections or form a narrow right-wing government.

I personally don’t think either one will happen, but certainly it would be very exciting.

Coronavirus cases in Israel continue to increase; however, so do the number of people who have recovered. Some are suggesting that this “second wave” has peaked and things should get better from here. I hope they are right.

Regardless, the Israeli government has appointed a former hospital administrator, Prof. Roni Gamzu, to spearhead the fight against coronavirus. He has stated that he will make a great effort to avoid another lockdown and will bring in the army to help manage the situation.

Sovereignty Still in the Cards?

Both Prime Minister Netanyahu and U.S. Secretary of State Mike Pompeo mentioned the Trump Peace Plan this week ending an extended period of silence about the plan. Does this mean Israel plans to extend sovereignty over Jewish communities in Judea and Samaria at some point in the near future? I think so, but a lot can happen in seven days, so stay tuned! 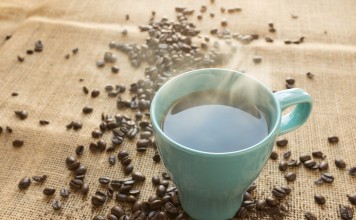 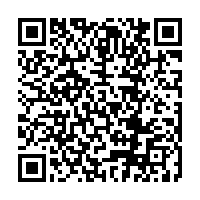