A lot has happened this week and is continuing to happen. I’ll do my best to try to catch everyone up to where we are now, but things are escalating rapidly at this point.

The Israeli Air Force is striking targets in Gaza and has successfully eliminated a number of senior terrorists so far. No ground troops have been sent into Gaza yet, but 5,000 reservists have been called up and the Golani Brigade is reportedly being transported to the area – so it would seem that if soldiers are sent in, we are not interested in taking any prisoners alive. Not how Golani rolls.

Israeli Arabs continue to riot and attack Jews and Jewish religious buildings throughout the country. The police refuse to deal with it in any meaningful way. They appear to be scared of bad press and the courts.

In Lod, where the situation is being compared to Kristallnacht by the mayor, three Jewish citizens attempted to defend themselves. An Arab terrorist was killed and now all three are in jail. A “judge” just extended their remand. Insanity. Shockingly, things have gotten worse.

Why This Is Happening Now

Despite what will be said in the clueless/nefarious media, this is primarily happening because of the cancelled elections that were scheduled to take place among the Arabs.

Fatah leader Abu Mazen, yemach shemo, postponed the elections supposedly because Israel was not allowing Jerusalem Arabs to vote, but really because he was afraid of losing to Hamas. This led to both sides campaigning the way they know how – violent terrorism. Things spiraled from there.

The main excuses being thrown out by the Arabs for their abhorrent behavior is that they are defending the Al Aksa mosque on the Temple Mount and preventing the eviction of illegal squatters in the Jerusalem neighborhood of Shimon HaTzadik. Al Aksa is not under attack and the evictions aren’t happening yet – it’s all just typical excuses. They’ve been saying the same things for over 100 years now.

What Will Likely Happen Next

The sides will continue to shoot at each other for the next few days. Israel has no plan to conquer Gaza. By next week, after all the various Muslim festivities have concluded, they will likely calm down and want to return to work.  Hamas will declare victory.

The only question that will remain unanswered is: What will be the political ramifications for Prime Minister Netanyahu and the Israeli government.

What Should Israeli Be Doing

Rural American philosopher Prof. Toby Keith had some words of wisdom. In one of his best works, titled Beer for My Horses, he writes, “Send them all to their maker and he’ll settle them down. You can bet he’ll set them down.”

Seemingly just hours before Naftali Bennett and Yair Lapid were going to announce the formation of a left-wing, anti-religious coalition government is when all the chaos erupted. They were depending on support from Arab parties. Is that still possible now?

Hard to believe it could be in the short term. Might be the lifeline that Netanyahu needed. Since the extreme violence started, there hasn’t been much talk about the coalition situation, so it’s hard to say if there has been any real effect. Like everything else, probably just need to wait until next week when things have calmed down.

This week was the 54th anniversary of the Six-Day War and the liberation of Jerusalem. There is usually a parade, but it was canceled this year because of all the Arab rioting and rockets. At one point, Arab fireworks caught trees on fire on the Temple Mount and it appeared as if the Al Aksa mosque were on fire. So there was one bright spot this year.

A close second place to that would have to be Jonathan Pollard speaking at  the Jerusalem Day celebrations at the Mercaz HaRav Yeshiva. The man ain’t holding back and it’s only getting better and better. Definitely worth a listen.

I know, not so funny this week. Situation is pretty serious. Some folks might not be so happy about it, but the simple truth is that Rav Kahane was right and the last few days’ events prove that beyond a shadow of a doubt. Some folks, like the Jews, always seem to insist on learning the hard way. 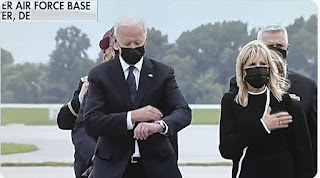 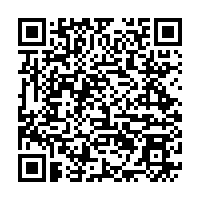