Should Democrat Andrew Yang win the mayoral elections in the fall (following the June primaries), Israel will once again have a friend in Gracie Mansion, in the best tradition of Mayors Michael Bloomberg and Rudy Giuliani. On Tuesday, Yang tweeted: “I’m standing with the people of Israel who are coming under bombardment attacks and condemn the Hamas terrorists. The people of NYC will always stand with our brothers and sisters in Israel who face down terrorism and persevere.”

I’m standing with the people of Israel who are coming under bombardment attacks, and condemn the Hamas terrorists. The people of NYC will always stand with our brothers and sisters in Israel who face down terrorism and persevere.


The candidate’s simple, rational statement stating the difference between friend and foe, sprang to life this hashtag: #YangSupportsGenocide, which became a focal point for all the Israel-haters in town. I’m not including a link – you can find it on your own. The tweets there have nothing sensible to add to the discussion, but they are voluminous.

And then there was AOC, that scholar of Middle East history who has put her foot in her mouth several times on the subject and was forced to apologize. Well, she ain’t apologizing no more. She tweeted on Tuesday, in response to a report that Andrew Yang’s canceling a campaign stop to distribute groceries in Astoria ahead of the Muslim Eid al-Fitr holiday because the organizers asked him not to come:

“Utterly shameful for Yang to try to show up to an Eid event after sending out a chest-thumping statement of support for a strike killing 9 children, especially after his silence as Al-Aqsa was attacked. But then to try that in Astoria? During Ramadan?! They will let you know.”

And NAACP president Bishop Talbert Swan contributed his own kind response to the candidate’s statement:

“The systemic oppression, institutional discrimination, and violent persecution of Palestinians are crimes against humanity. It is wicked, evil, and inhumane. Glad to know where you stand.”

At least one Democrat, Rep. Ted Deutch from Florida, stood up for the sanity of the party of FDR and JFK, tweeting: “Hamas terrorists have launched >500 rockets at Israel hoping to kill civilians. The international community has condemned Hamas for using human shields & launching rockets from in or near schools and hospitals in violation of international law. No one should defend Hamas. Ever.”

And there was this (I fully endorse the sentiment):

nyc jews– Andrew Yang IS THE ONLY CHOICE FOR NYC MAYOR!!! Finally a politician who understands that Israel ?? is simply trying to defend itself from terrorist attacKS . read his full twitter statement here https://t.co/4XULaDowff 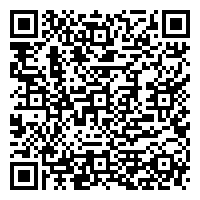