One of the more memorable days of our aliyah experience was the day the moving company in New York came to pack our lift.

While we had spent months preparing for the move by downsizing our possessions and stockpiling on essentials, we only began packing our bags for our flight a week before our aliyah. So when the movers appeared to pack our lift three days before the big move, we were not entirely prepared for them.


Initially, we thought we could finish packing our bags while the movers focused on clearing out our storage room and disassembling the furniture. We expected we would then be available to supervise the movers and document what was being placed in each box and label it appropriately. That way, we could direct the movers when they would unload the boxes in our Israeli apartment. (Nefesh B’Nefesh has some wonderful videos on how this process should ideally work.)

The moving supervisor, however, explained that our strategy was unrealistic. The movers had a limited window of time to pack up the apartment before the truck arrived. Once it did, they would have to quickly pack the lift so it could head out to the warehouse. Time was of the essence.

The supervisor divided up the movers so that they were simultaneously packing up every room in our apartment at once. I can only describe the scene as “controlled chaos.” Though there were only six people, they somehow were in every room and cupboard all at once.

Any hope of tracking items was quickly dispelled as my husband and I ran from place to place trying to unpack from the lift essential items that we would need for our first six weeks in Israel. By essential, I don’t mean bottles of Kedem Grape Juice or Ziploc bags. I mean items such as our family’s shoes!

But, quick as they were, it was clear the movers were careful with their work. Fragile items were carefully wrapped. Hardware was removed from furniture and carefully labeled for easy reassembly. Within hours, our apartment was neatly packed into piles of boxes – 175 of them, in fact.

Admittedly, the lift included some items we had planned to leave behind and others that we had wanted on flight, but while packing had not gone as planned – a running theme in our aliyah – it would have to do.

It took six weeks for the lift to arrive in Israel, and, when it did, we put it into storage rather than have it delivered to our short-term rental apartment. Last week – four months after our aliyah – we were finally prepared to move into our new apartment. Lift day had arrived.

This time the scene was pure chaos. The movers arrived on a blistering hot erev Tisha B’Av morning. They handed my husband (who was supervising the move) a manifest of the boxes so he could confirm that everything was received. One after another, the movers lugged 175 boxes up the two flights of stairs to our new apartment.

The boxes quickly tumbled in and my husband gave up keeping track of them. As the hours passed, boxes piled up high in the living room. The poor movers were hot and exhausted. My husband had rachmanus on them and let them leave without reassembling the furniture. Thankfully, he is pretty handy and felt comfortable we could handle the work ourselves.

As we’ve spent the past few days unpacking, two things have become clear. First, we should have downsized more. While our new apartment is larger than our New York apartment, the individual rooms are smaller. Our living room set, which fit comfortably in New York for example, is too big for our new space.

Second, Israeli apartments lack practical storage. While apartments come with a machsan (a storage room, often in the basement), they often don’t have closets, pantries, and even medicine cabinets to store items. Though we have unpacked more than half of our boxes (thus clearing safe passage through our living room), we simply have no space to put the rest of it!

Despite the chaos, we are happy we brought a lift. The kids are delighted to rediscover their toys and books, and our familiar photographs and “chachkas” give the new apartment a touch of home. Other than some storage cabinets, the only thing we still are missing are our friends and family. We hope we can welcome them to our home soon! 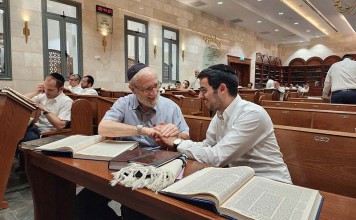 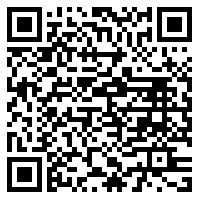