Mr. Kurz owned an apartment building. One day, Mr. John Peter walked into his office, requesting to rent a unit.

“Can you tell me a little about yourself?” asked Mr. Kurz.

“Oh, indeed,” replied Mr. Peter. “I’m a devoutly religious Catholic. I keep many icons in my house and pray to them daily.”

After Mr. Peter left, Mr. Kurz picked up the phone. He called Rabbi Dayan and asked: “Can I rent my apartment to a tenant who will bring icons into it?”

Rabbi Dayan replied, “The Torah warns us to obliterate idolatry when entering the Land of Israel and adds, “Do not bring an abomination [i.e., idols] into your house” [Devarim 7:26]. The Rambam and Sefer HaChinuch [#429] write that this verse prohibits a person from bringing idols and associated items into one’s possession and benefiting from them.

“In that vein, the Mishnah [Avodah Zarah 21b] teaches that a Jew may not rent his dwelling to an idolater since the latter will bring idols into it. Nonetheless, Jews commonly rented their houses to such people over the centuries, and the Rishonim and Acharonim struggle to justify this practice.

“Tosafos [s.v. “af”] suggests that the prohibition applies only when the non-Jew will bring his idols into the dwelling on a permanent basis, whereas most non-Jews only bring in icons into their house when they’re sick and, even then, they don’t worship them.

“The Shulchan Aruch cites the prohibition of the Mishnah and concludes, ‘…since he brings into it idols on a permanent basis.’ The Rema adds that Jews nowadays rent to non-Jews because they don’t bring idols into their homes [Yoreh De’ah 151:10].

“The Shach [Yoreh De’ah 151:17] doesn’t understand this statement, however, because we commonly see non-Jews bringing icons into their homes on a permanent basis! He justifies the common practice based on an alternate answer provided by the Rosh [Avodah Zarah 1:22]. The Rosh writes that civil law today treats a rental like a temporary sale. In other words, the house is not considered the Jew’s while the non-Jew rents it” [see Shach, Choshen Mishpat 313:1].

“Others explain that Chazal’s prohibition applies only in the Land of Israel, in which one’s house is truly considered ‘beischa – your house.’ The Darchei Teshuvah [Yoreh De’ah 151:27) cites the Knesses HaGedolah and Bach who state that Jews in Russia rented to non-Jews even though non-Jews were devoted to their icons. Nonetheless, he recommends avoiding renting to non-Jews with icons, and mentions that two landlords rented to such non-Jews and did not fare well.

“Let me conclude by citing a homiletic interpretation of the Sefer HaChinuch. He writes that money acquired through theft, injustice, prohibited interest, etc., should not be brought into one’s home. The evil inclination is referred to as idolatry, and since this money was acquired by listening to the yetzer hara, it is considered an implement of idolatry.” 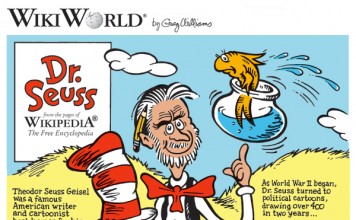 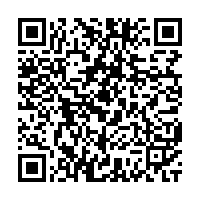