Home Sections A Chassidic Court Comes Alive
Share on Facebook
Tweet on Twitter
Prior to World War II, Jewish religious culture, customs and style varied from country to country in Eastern Europe. Differences also manifested themselves along ideological grounds among and between chassidim, followers of the derech (philosophy) of the Chasam Sofer, followers of the Lithuanian yeshivishe derech, and just simple Orthodox folk.

The chassidic movement was divided into many different groups, with each dynasty formulating its own particular derech in chassidut, patterned to fit the needs of the Jews of a particular region.

The Eastern Romanian districts of Moldavia, Bessarabia, and Bukowina were areas populated by hearty simple Jews. In many cases these Jews were not particularly learned, but had a strong and powerful attachment to things Jewish. They especially had the highest regard for tzaddikim – Jewish holy men. These areas were served by numerous chassidic dynasties – among them the Twersky rabbinical dynasty.

Although the Twersky rebbes were basically centered in the Ukraine, a branch of this dynasty served Eastern Romania as of the late 19th century. Amongst the leading lights of Bessarabian chassidut in the last generation was Grand Rabbi Morechai Israel Twersky of Chotin. He was the sixth-generation descendant of Rav Nachum of Chernobel (known as the Meor Eynayim after his mystical treatise which became a classic work of chassidic thought).

Rabbi Twersky’s court in Chotin was a magnet for tens of thousands of “amcha” (simple Jews) from throughout the area. Here on Shabbosim and Yomim Tovim they received spiritual sustenance for the whole year. Besides the folk Jews who regularly traveled to see the Rebbe, other visitors included rabbis, shochtim, teachers, and learned men.

The rebbe’s court also served as a welfare center to which destitute Jews from all over Romania came to receive assistance for their financial as well as spiritual problems. The rebbe was known as a poel yeshuoth – a miracle worker – and the local Jews and even non-Jews regarded him as such.

As was the case with most of European Jewry, the Chotiner Rebbe, his family, and his followers were killed by the Nazis and their Romanian collaborators in the tragic years of 1939-1945. Unfortunately, the particular brand of East Romanian chassidut led by the Chotiner Rebbe was not resurrected after the war.

The Chotiner Rebbe’s son Rabbi Jacob Joseph Twersky survived the war and came to America where he married the daughter of one of the greatest rebbes in the U.S., Rabbi Abraham Joshua Heschel of Kapishnetz, a leading member of the Council of Torah sages. In 1960 he established a synagogue in the Bronx called the Bronx Park East Chotiner Jewish Center.

Rabbi Twersky’s court served the poor, as well as new immigrants to the U.S. Like his father before him, Rabbi Twersky provided both spiritual and material sustenance to his flock. At first it was Holocaust survivors who were spiritually enriched by this shul; later, with the arrival of large numbers of Russian Jews in the 1970’s, the shul took on added importance. This writer merited meeting Rabbi Twersky and was greatly impressed by his humility and lack of any airs. He was a true Baal Shemske Yid. Rabbi Twersky passed away in 2001 at the age of 75.

Rabbi Twersky’s son has taken it upon himself to build a monument to his father, the chassidut of Chotin and Eastern Romania, and the Twersky dynasty. Yitzchak Twersky of Flushing, New York, has established a research institute dedicated to Chotiner chassidut. As this branch of chassidut and the general branch of East Romanian chassidut is fast disappearing, this project is of immense importance.

Mr. Twersky has published a lavishly illustrated and extremely well-researched biography of his father and grandfather and a history of the Romanian branch of the Twersky dynasty. Titled Mi Yiranu Tov, the book has been well received by both the scholarly and the chassidic communities.

As a supplement to the volume Mr. Twersky issued a compact disk with his late father and other chassidic singers singing authentic Chotiner and Romanian chassidic songs. Especially moving is the late Rabbi Twersky singing these moving melodies of hope and dedication to
G-d. Last year Mr. Twersky published Malchus Bais Chernobel, a monumental photo album – many of the pictures had never before been published – of all the male descandents of the Meor Eynaim who functioned as rebbes. The pictures include facsimilies of their signatures and photos of their gravestones.This book is an especially fitting monument to many of the rebbes who have no successor dynasties and perished under the Nazi rule or under the Stalinist repression of Judaism.

Yitzhak Twersky has accumulated much research over the past years, and though young in age, he is old in wisdom. Hopefully the fruits of his research will soon see print, for the benefit of the chassidic community as well as the scholarly community. He is currently concluding a DVD project that includes all known audio and film footage of his grandfather Rabbi Abraham Joshua Heschel of Kapishnitz. A third scholarly volume, a compilation of the correspondence of various members of the Twersky dynasty, is to be completed by April 2005.

The proceeds of Mr.Twersky’s project are donated to charity.

Zalman Alpert is reference librarian at the Gottesman Library of Yeshiva University.
Advertisement 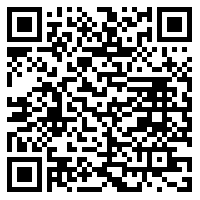