In the eyes of the ram lies the artist’s commentary on the Rosh Hashanah piyyut “The King Girded with Strength.” From the Tripartite Mahzor (German 14th century), this illumination simultaneously echoes the piyyut’spraise of God’s awesome power and expresses the terror of actually being a sacrifice to God. The ram is but a reflection of Isaac. It is all in the eyes.


Nearby another German Mahzor (14th century) is open to the same piyyut, here illuminated in a simpler manner: Isaac is on the altar ready to be slaughtered, Abraham heeds the angel and a collection of medieval grotesques, animals and men react to the horrible event. God’s strength is reflected in the ability to summon obedience to a deadly command.

Two very different interpretations of the same piyyut probably created within decades of one another. And are both shown at the Jewish Museum’s “Crossing Borders,” an exhibition of medieval manuscripts from the Bodleian Library at the University of Oxford. This extraordinary exhibition presents the vibrant cross-cultural influences in the creation of medieval Hebrew manuscripts in the context of both Christian and Islamic cultural production. Additionally it explores the fascinating relationship between text and image in illuminated manuscripts.

The exhibition opens with three radically different manuscripts. A Hebrew Bible from Tudela (or Soria), Spain by artist and scribe Joshua ibn Gaon of Soria, (c.1300) displays the overwhelming Islamic decorative influence in Spain at the time. The facing carpet pages brilliantly shows interlocking abstract designs, one framed by a textual border, the other a heavy gold-leaf frame.

Next is the earliest known dated and illustrated Mahzor (1257-1258) from Germany open to the page with the special piyyut for Shabbos Shekalim. The initial word panel is illuminated with an intriguing stag hunt scene featuring the two hunters whose helmets cover their faces. This sensitivity about depicting the human face is seen throughout this Mahzor and likely reflects a lingering concern over the second commandment that flourished in southern Germany in the 1230’s. But most surprisingly is the fact that the whole charming scene is depicted upside down! One reason given in the original catalogue essay by Eva Frojmovic for this singular depiction has been attributed to a Christian artist’s mistake, being unable to read the Hebrew text, and assumed it worked better upside down with the image centered at the bottom of the page. The curator of the Jewish Museum installation, Claudia Nahson, more plausibly explains that this upside down scene may be a reflection of the piyyut being recited right before Purim, when everything is “turned upside down,” especially in the narrative of the oppressed and hunted Jews.

Finally, the “Even HaEzer” (1438) from the Arba’ah Turim of Jacob ben Asher (the Tur) reveals sumptuous early Italian Renaissance manuscript illuminations. Gold leaf abounds amid peacocks, exotic birds and fantastic creatures surround the text “It is not good for man to be alone…” echoing the depiction of the creation of Eve in the Garden of Eden. Adam lies asleep as a winged Creator, complete with halo, kneels next to him, about to extract Eve from his side. On the right we see Adam and Eve poised before the forbidden tree and the tempting snake. The extremely unusual depiction of the Deity in a Hebrew manuscript reflects the highly acculturated nature of the Italian Jewish community almost certainly working with a Christian artist.

In these intriguing examples one can treat the visual as decorative and incidental to the text, thereby discounting the inherent and potentially disruptive meaning of the images. Or one can attempt to integrate image and text and see them in a creative relationship, effectively arriving at a new meaning of both text and image. Considering the enormous cost of illuminating manuscripts, the competition with surrounding non-Jewish elites, and the fact that manuscripts with such subversive images continued to be prized and used, I cannot believe for a moment such images were anything but intentional. 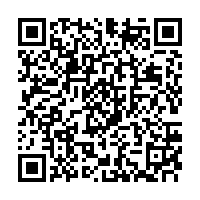