Eli Herzlich is not your typical frum performer, born and raised New York. He was actually born in Belgium and grew up in Israel where he learned in Lithuanian yeshivos.

His first venture into Jewish music came in 2013 in the form of a smash single called “Chosson Domeh leMelech.” The song was the highlight of his live performances and was also sung by some of the biggest names in Jewish music, giving Eli much credibility on the Jewish music scene. His second hit single – the high-energy “BeChochma Yibaneh Bayit” – catapulted him to star status, and Eli was increasingly invited to appear both at concerts and on TV and radio.


Last month, Eli Herzlich released his second album, Herzlich 2, with 12 new songs ranging from the heartfelt and stirring to the thumping and rocking.

The album opens with a swinging, upbeat wedding tune, “Kesher Shel Kayama,” the lyrics taken from the mother-of-the-bride’s tefillah prior to the chuppah. Guitar riffs and brass instruments lay the foundation for the dance tune, allowing Eli to introduce the listener to his powerful and energetic voice.

A flurry of instruments set the tone for another track, the powerful and stirring “Ani Ma’amin,” and pick up again with the yeshivish “Ki Ata Shomea” composed by Yitzy Waldner. The talented composers and arrangers Moshe and Eli Laufer lend their talents to the album with “Melech Yachid,” while song five – the upbeat, optimistic, and energetic “Nishmas Kol Chai” – is sure to be a crowd favorite and will have you tapping your fingers and feet.

Herzlich 2 has been in the works for a few years and the attention to detail, precision production, and careful selection of songs rewards the listener with a very rich and enjoyable experience. Take “HaMalach,” for example. The lush and thoughtful production of this song features lyrics from the Chazon Ish’s Igros and a haunting and memorable tune. Viewing the YouTube video of this song is a good opportunity to meet Eli and see his music come to life.

Another gem on the album is tucked away on track 9, “Shema Beni.” Upbeat and appropriately accompanied by members of the Kol HaNearim Choir, this song is a prime example of the attention to detail and high production quality that permeates the album.

The final song on the album, “HaMenagen,” is a real rocker (which I’m sure you’ll be hearing at more than a few weddings). Eli is joined in a duet by the song’s composer Shloime Bronner (who also produced the song). With its screaming guitars, powerful bass lines, and hammering drums, “HaMenagen” is your reward for arriving at the end of the album.

This album was worth the wait; the 12 songs on Herzlich 2 are sure to bring the listener hours of joy. Eli’s voice may be new to you, but by the third time through the album, you will be happy you found a new artist with whom you can expand your musical horizon. Top composers, producers, and musicians converged to bring you an album that demonstrates why in 2014, Eli Herzlich was a candidate for “artist of the year” in chassidic music on the Chadrei Charedim website. 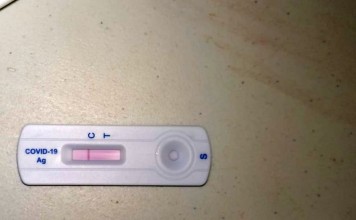