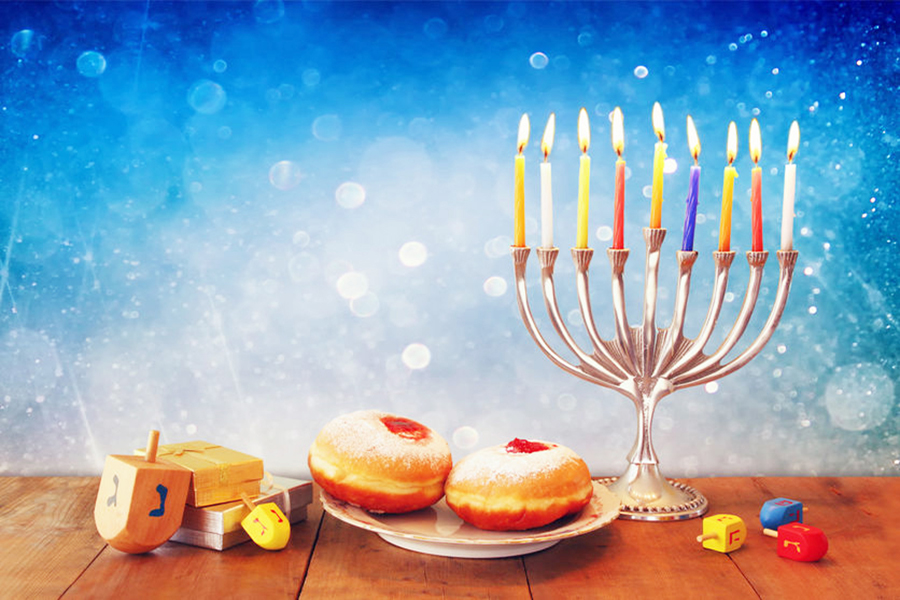 In honor of Chanukah, we are reprinting an abridged version of an article wrote about this yom tob in the pages of The Jewish Press 47 years ago. Called, “Down With Hanukah,” the article also appears in Beyond Words, a seven-volume collection of Rabbi Kahane’s articles that was edited by Rabbi Baruch Kahane, Rabbi Moshe Kaplan (Rabbi Kahane’s son and son-in-law, respectively), and Dovid Fein.

For over 35 years, Rav Kaplan has shared the teaching of Rabbi Tzvi Yehudah Kook to baale teshuvah at the Machon Meir Yeshiva in Jerusalem. Born in Los Angeles, he made aliyah when he was 14 and learned in the Mercaz HaRav Yeshiva for 30 years. He is currently a member of the team of Torah scholars compiling and publishing Rabbi Avraham Yitzchak Kook’s halachic commentary on the Talmud, Halacha Berura. Another member of the eight-man team is Rabbi Baruch Kahane. When the two were young chavrutot in the yeshiva, Baruch suggested that his Moshe meet his sister. Not long afterward, the two were married.


The Jewish Press asked Rabbi Kaplan what he remembers most about his father-in-law as a member of the family. He replied: “In his interactions with the family, his personality was completely different from his public persona. On television and at demonstrations, he came across as an angry prophet, filled with animosity toward the enemies of Israel, but on a personal level, he was quiet, humble, never drawing attention to himself.

“And while he was consumed day and night with the challenges facing the nation, he never neglected family. Although students and guests were constant visitors on Shabbat, he made a point to reserve a meal just for the Kahane clan so he could give his undivided attention to the family.”

If I were a reform rabbi; if I were a leader of the Establishment whose money and prestige have succeeded in capturing for himself the leadership and voice of American Jewry; if I were one of the members of the Israeli government’s ruling group; if I were an enlightened, sophisticated, modern Jewish intellectual, I would climb the barricades and join in battle against that most dangerous of all Jewish holidays — Hanukah.

There is no holiday that is more universally celebrated than the “Feast of Lights,” and it is a measure of the intellectual dishonesty and hypocrisy of Jewish leadership that it plays along with the lie. For if ever there was a holiday that stands for everything that the masses of world Jewry and their leadership has rejected — it is this one.…

For years the people of Judea had been the vassals of Greece. True independence as a Jewish State had been unknown for all those decades and, yet, the Jews did not rise in revolt. It was only when the Greek policy shifted from mere political control to one that attempted to suppress the Jewish religion that the revolt erupted in all its bloodiness.

It was not mere liberty that led to the Maccabean uprising that we so passionately applaud. What we are really cheering is a brave group of Jews who fought and plunged Judea into a bloodbath for the right to observe the Sabbath, to follow the laws of kashrut, to obey the laws of the Torah. In a word, everything about Hanukah that we commemorate and teach our children to commemorate are things we consider to be outmoded, medieval and childish!…

But there is more. Not only is Hanukah really a foolish and unnecessary holiday, it is also one that is dangerously fanatical and illiberal. The first act of rebellion, the first enemy who fell at the hands of the brave Jewish heroes whom our delightful children portray so cleverly in their Sunday and religious school pageants, was not a Greek. He was a Jew!

When the enemy sent his troops into Modi’in to set up an idol and demand its worship, it was a Jew who decided to exercise his freedom of pagan worship and who approached the altar to worship Zeus. And it was this Jew, this apostate, this religious traitor who was struck down by the brave, glorious, courageous (are these not the words all our Sunday schools use to describe him?) Matityahu, as he shouted: “Whoever is for G-d, follow me!”

What have we here? What kind of religious intolerance and bigotry? What kind of a man is this for the anti-religious Hashomer Hatzair, the graceful temples of suburbia, the sophisticated intellectuals, the liberal, open-minded Jews and all the drones who have wearied us unto death with the concept of Judaism as a humanistic, open-minded, non-dogmatic, liberal, universalist (if not Marxist) religion, to honor? What kind of Jews were these who reacted to oppression with force?

Surely we who so properly have deplored Jewish violence as fascistic, immoral and (above-all) un-Jewish, stand in horror as we contemplate Jews who declined to picket the Syrian Greeks to death and who rejected quiet diplomacy for the sword, spear and arrow (had there been bombs in those days, who can tell what they might have done?) thus rejecting the ethical and moral concepts of Judaism. 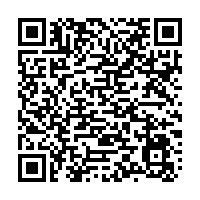