Jacqueline Nicholls, a Jewish artist from England, presents us with a formidable challenge. Namely, what is the role of a contemporary Jewish Woman artist and how does one confront patriarchal dominance? She presents her response to both queries in her current exhibition at the JCC Manhattan, beautifully curated by Tobi Kahn and organized by Tisch Gallery director Megan Whitman. The results are breathtakingly forceful, subtle and insightful.


For Nicholls a Jewish woman must be armed with a deep and abiding knowledge of Torah, Tanach and Talmud, hand in hand, if she so chooses, with an artistic immersion in what has been called the Feminine Crafts, i.e. the fabric arts and traditional “Women’s Work.” This Jewish artist affirms that she must be especially articulate in Jewish texts to practice a “counter-voice to turn the narrative” and indeed that is what she does both in her choice of subject and exposition thereof. Her explorations are exhilarating.

The exhibition has three components: “Gather the Broken,” meditations on the Omer; “The Kittel Collection,” studies of a ritual garment and “Ghosts & Shadows,” considerations of women in Talmud.

The series of 49 omer meditations explore the multiple aspects of loss that the days between Passover and Shavuos engender. As an aspect of the semi-mourning that the omer demands, Nicholls looked to the minutia of her daily existence for inspiration. Her emphasis on that which is broken reflects, “only by acknowledging the broken, imperfect aspects of daily life [can]… creativity and a new life can be revealed.” This new and renewed life is of course accomplished on Shavous in the acceptance of the Torah at Sinai. This year she created a series of small drawings, one on each day of the Omer and posted on her blog, accompanied by the poetic commentary of Amichai Lau-Lavie. The strength of these drawings, aside from the pure skill of her draftsmanship, is that Nicholls manages to totally personalize the obsessive ritual of omer counting in a way that internalizes both the ritual and the meaning of each individual day even while making a unified work of art. This asserts a uniquely Jewish notion that from brokenness creativity arises.

The kittel is a ritual garment that cloaks us in white in the effort to convince ourselves that we can actually be “white,” as Isaiah (1:18) proclaims that; “Come, now let us reason together, says Hashem. If your sins are like scarlet they will become white as snow.” So too are the other times when we use the kittel – to bury, to marry, to pray on Yom Kippur or lead the congregation on momentous occasions. We don the costume of purity in the effort to become pure. In a similar manner Nicholls has created a series of 10 garments based on the kittel template to explore how a garment can be used to transform meaning and identity in the Jewish tradition.

The “Shame Kittel” is little more than a simple apron, stained black at the bottom edge and discolored a sickly yellow up around the neck. Buried in the yellow is an array of epithets used against the Jews by anti-Semites of all ages. What Nicholls is affirming is that an important part of Jewish identity is never forgetting what those who hate us say about us. Nonetheless a number of the other kittels are more positive, especially the “Majestic Kittel” and the “New Kittel.” The latter offers its seams stitched in gold and an embroidered label in gold with the Shehechayanuprayer, emphasizing our thankfulness to God for giving us new and beautiful things to wear.

Perhaps the most moving kittel is the “Mourning Kittel,” as it transforms the shirt of mourning into a lurid expression of mourners’ emotions. Not surprisingly one of the sleeves is shredded from a frenzy of kriah, the mourners’ ritual tearing of garments. The collar is high and closed tight by a dense coil of metal wire around the neck, deeply expressive of the choking pain of loss. Finally in the center of the ragged garment, somewhere between the chest and stomach, the seams come together to form a hollow that sinks into the interior of the garment. It is as if this is where the pain of bereavement has burrowed into the very substance of the mourner. The symbolic power of this garment is awesome. 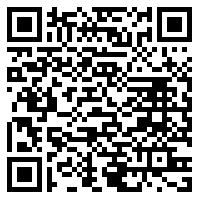