Of all the paintings I have dubbed “Zionist,” the relatively late 1957 Timna, Copper Minesis the most startling. The mere act of making art out of an industrial project such as this in the Negev desert contradicts almost all normal sensitivities of a highly proficient and traditional landscape artist. And yet it is clear he was driven to do the work out of his passionate belief in the constant building of his country, Israel. He combines a clear, honest depiction of an industrial site proudly set within awesome natural beauty.

It is perhaps Blum’s unrelenting artist’s eye and sense of poetry that drove him to some of his most extraordinary images. Jerusalem in the Snow (1927) captures the holy city in a way almost no other image has. The relatively exceptional nature of snow itself, blurring distinctions and the fact that Blum went outdoors to capture it combines to set the stage for a revealing image of Jerusalem. In Blum’s image the city seems to float, isolated and alone in an alien world, barely tethered to the rest of the country. That isolation and specialness sums up a great deal about the reality of Jerusalem, here captured in a singular landscape.


Ludwig Blum dedicated himself to the land of Israel with the best tools in his possession, his artist’s vision and the skill of his brush. He spent a 50-year career on one long love song to his Zionist vision. We are fortunate to be able to see it.

Richard McBee is a painter and writer on Jewish Art. Contact him at rmcbee@nyc.rr.com. 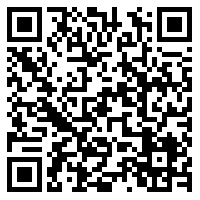