We have seen this movie before. Already, Herman Cain is off the front pages, but there will remain readily accessible political scandals to enjoy in the wings. Ironically, whatever the particulars of these chronic humiliations, all of them will commonly disclose far more serious shortcomings about their “audience” than about their subjects.

In essence, eager public reaction to each new episode of alleged wrongdoing reveal just how little an incorrigibly voyeuristic American citizenry is able to care for itself.


As Jews, we should understand that every democratic society is ultimately the sum total of individual souls seeking redemption. In our increasingly fragmented American republic, “We the people” – always desperate for a chance to “fit in” – cheerlessly inhabit a land of incessant imitativeness, crass consumption, dreary profanity, and utterly shallow pleasures. Bored by the stunning banality of daily life, and beaten down by the grinding struggle to stay optimistic in a starkly polarized nation of great wealth and demeaning poverty, we Americans anxiously grasp for almost any available lifeline of distraction.

Unsurprisingly, “reality shows” remain the rage. Revealing, too, are the top Internet search terms of 2011. These include Casey Anthony, Kim Kardashian, and Katy Perry. Nothing having to do with Iraq, Afghanistan, revolution, assassination, terrorism, genocide, climate change or poverty made the list.

Where shall we discover any productive public concern for planetary survival and national improvement? Where can we still turn to witness any mutually reinforcing visions of social cooperation and personal growth? Where, for that matter, in these United States, is there any discernible evidence of a purposeful Jewish soul?

We the people are no longer shaped by any generalized feelings of reverence or compassion, or even by the tiniest nuances of complex thought. Instead, our preferred preoccupation is with an orchestrated hysteria of tantalizing indulgence in other people’s joys (envy) and sufferings (what the Germans call schadenfreude, or pleasure in the misfortune of others).

This frenzy of inauthenticity is artfully juxtaposed against the comforting and still enduring myth of American superiority. It is sustained by a gaudy national immersion in brutally raw commerce, vast social mimicry, and the unceasing barrage of versified drivel that is euphemistically called advertising or marketing.

What must we Americans endure amid this breathless rhythm of circus-like conformance and self-imposed littleness? More than anything else, We the people have learned to embrace a thoroughly corrupted and directionless national society, one that usually offers very little in the way of meaningful or reverential fulfillment. True, there currently exists an “Occupy Wall Street” movement that has substantially different ideas and ideals, and is even rooted (in part) in certain pleasing traditions of democratic protest. But the movement’s realistic chances of defying the iron law of oligarchy, or unavoidable government by the few, are nonexistent.

We continue to think against history. In the end, we have failed to notice; even the most democratic societies are easily transformed into fixed and immutable plutocracies. As we Americans are dutifully taught from elementary school onward, there will always be some tangible opportunity for wealth and advancement in the free market. Still, there may also be little hope of any corollary happiness.

Often, even the most affluent Americans now inhabit the loneliest of crowds. Small wonder, too, that so many millions cling desperately to their cell phones. Filled with a deepening horror of actually having to be alone with themselves (always a presumptively worst case scenario), these virtually connected millions are frantic to claim membership in the amorphous, but indispensable, public mass.

“I belong, therefore I am.” This is surely not what Descartes had in mind when, in the 17th century, he urged thought and doubt. This is also, inherently, a very sad credo. Unhesitatingly, it screams a plainly pathetic cry that social acceptance is equivalent to physical survival, and that even the ostentatiously pretended pleasures of inclusion are desperately worth pursuing.

Now a push-button metaphysics of “apps” reigns supreme in America. The immense attraction of cell phones and corresponding social networks stems in part from our society’s machine-like existence. Within this robotic universe, every hint of human passion must inevitably be directed along a distinctly uniform and pitifully vicarious pathway.

To be sure, we may still argue, correctly, that human beings are the creators of their machines, not their servants. Yet there is today an implicit and simultaneously grotesque reciprocity between creator and creation, an elaborate and potentially lethal pantomime between users and used.

Our adrenalized American society is now making a machine out of Man and Woman. Arguably, in an unforgivable inversion of Genesis, it even seems plausible that we have somehow been created in the image of the machine. We must then ask, as thinkers and doubters, and also as Jews: “What sort of redemption is this?”

For the moment at least, we Americans remain grinning but hapless captives in a deliriously noisy and suffocating crowd. Proudly disclaiming any interior life, we proceed very tentatively, and in almost every existential sphere, at the lowest possible intellectual level. Expressed in more palpable terms, our financial burdens are generally unfair and indecent in their distribution. Our air, rail and land travel is insufferable. Our universities are generally bereft of absolutely anything that might hint at serious learning. 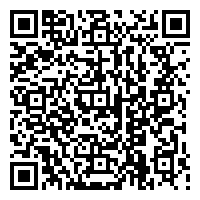