If Mordy Weinstein isn’t sleeping or eating, chances are, he’s singing. As a member of the Jewish a cappella group, Six13, he’s loved performing for thousands of fans at concerts or Shabbat gigs all over the world, including Israel and England, and of course in New York City.

The 32-year-old Teaneck resident also enjoys connecting to millions of fans with parody videos on YouTube. The recent video “West Side Chanukah Story” has garnered more than 527,000 views on YouTube and another 73,000 on Facebook.


“This was the first video in a while for which we were able to shoot all of it together as a group, rather than individually in our homes, so it was really powerful,” Weinstein told The Jewish Press.

Some of the past videos, when there were greater restrictions due to the pandemic, required more individual shots.

Another integral part was that while the group members are by no means professional dancers, they decided to hire a choreographer because there were a few scenes with movements that needed to be done at the exact same time, or it would look foolish.

“Making the video was a ton of fun,” Weinstein said. “We added in a choreographer to work with us, which was super fun because we’re such a bunch of dorks. But it definitely made a huge difference being able to accurately capture certain scenes.”

One such scene involved snapping in unison and walking forward at the same time in formation, similar to a scene in the original “West Side Story.” Steven Spielberg’s remake debuts in New York City on December 10.

As a guest on Nachum Segal’s famed JM in The AM radio show, Weinstein stressed “we are not dancers” and explained that selecting what to parody is no simple matter. Weinstein added that the group was shocked to hear of the death of Stephen Sondheim, who died at 91, three days after the video was released. He was a lyricist for “West Side Story.” Leonard Bernstein, who composed music for “West Side Story,” passed away in 1990 at 74. His website posted the Six13 video along with a “Chag Sameach” wish.

Six13 has performed at Citi Field numerous times as well as at Madison Square Garden. Weinstein remembers how excited he was in 2016, when the group got the chance to perform for President Barack Obama at The White House.

“Singing for (President) Obama was an incredible experience but not just because he’s a pretty cool guy and he and his wife are surprisingly tall in person,” Weinstein said. “It was just a cool culmination of our work that we were invited to the White House. It was really cool to be recognized on that kind of scale.”

Weinstein, who teaches music and leads choirs at the Yeshiva of Flatbush Joel Braverman High School, said being a great teacher takes patience and precision.

“You have to have a very positive and when you are doing what you love, you should be,” he said.

He’s performed at many shows with Six13 and several years ago ventured into the world of wedding singing, performing both under the chuppah and for receptions. He is versatile: in one night he can sing with Six13 for 1,000 fans and the next he can play guitar and perform with an orchestra for 300 at a wedding. He said it helps that he knows a tremendous number of songs and he gets special kick out of connecting with fans as well as people at simchas.

He said one of his biggest thrills is to hear from fans that the music inspired them and caused them to take more pride in their Judaism.

Weinstein referred to founding member and music director Mike Boxer as “a genius who can arrange amazing songs probably faster than anyone.” He said he’s learned a lot of tricks under Boxer’s tutelage both in terms of performing and arranging. Boxer said Weinstein in an invaluable member of the group who brings a consistency of excellence and helps in “so many other ways, it’s hard to count them all.” Boxer has arranged more than 250 songs while a handful have been arranged by other members. Six13 has been nominated for 25 Contemporary Recording A Cappella Awards, taking first place eight times. Six13’s songs have been covered by 24 groups and the men have won several awards in live performance competitions.

Ki L’olam Chasdo” is his favorite Six13 song in which he has the solo. The lyrics come from the Hallel prayer with a souped-up tune. It was originally performed by Dr. Moshe Cohn on the group’s third album, “Yesh Chadash.”

Weinstein said one thing that sets Six13 apart is their ability to perform original songs using texts from the Torah or words from the siddur. He added that the group has the capacity to do light-hearted parodies in English. Weinstein has performed in about eight other pro a cappella groups. Many do not exist anymore, a testament to the difficulty of finding the right mix of people, voices, talent and vision.

“With Six13, besides having Mike as an amazing leader, we take what we do seriously in terms of singing our parts correctly and performing with emotion,” Weinstein said. “But we don’t take ourselves too seriously.”

He said in the parody videos, the group does not mind being unpredictable. In all, the group has more than 10.5 million views.

Weinstein said that after a pause in calls due to the pandemic, the phones are once again ringing. Six13’s concert slate included shows in West Orange, N.J.; Baltimore; Norfolk, Virginia; Highland Park, Illinois; and Montreal.

“We’re so excited to get back to what we love doing, bringing joy and Jewish music and spreading it throughout the world,” Weinstein said. “It’s a Happy Chanukah!”

More information can be found at www.six13.com. 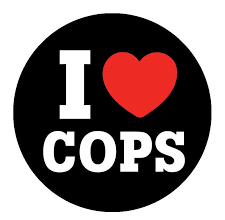