Located about nine miles north of Madrid, the Palacio Real de El Pardo (Pardo Palace) dates back to the early 15th century. Devastated by a March 13, 1604 fire that claimed many works from its priceless art collection, the Pardo Palace and its vast gardens were used as a hunting ground by the Spanish monarchs. The palace was decorated with works of art that represented a variety of mythological and historical scenes, from Bartolomeo Carducho’s Agamemnon and Achilles to Francisco López’s Surrender of Boabdil, Sultan of Granada, to Ferdinand of Aragón and Isabel of Castile, January 3, 1492 (circa 1607-12).

But two series are particularly unusual. If one turns left immediately after passing through the ground floor’s main entrance, one arrives at the queen’s hall, which is decorated with a series on the biblical Esther by Patricio Caxés. And elsewhere on the ground floor, a series on Joseph by Jerónimo Cabrera can be found in the queen’s gallery. What was it about the stories of Esther and Joseph that was deemed so appropriate for Spanish queens? And why were subjects from the Jewish, rather than Christian, scriptures selected for the summer hunting palace?


The queen’s hall also contained individual works that portrayed Judith (with Holofernes’ head), Ruth, Deborah, Rebecca (or Miriam), Sara (or Naomi), Yael, and Rachel, but it’s clear that the program on Esther was given particular prominence. With Purim looming on the horizon, this article focuses on the Esther works and leaves Joseph for a different occasion. The Esther program, which appeared on the ceiling of the queen’s hall, includes the following scenes: Esther’s coronation, Esther reporting the assassination ploy to Ahaseurus; Esther standing with outstretched arms in front of other figures; Esther collapsing before Ahaseurus, Esther and Haman at Ahaseurus’ dinner, the insomniac Ahaseurus with attendants, Mordechai on the king’s horse, Haman pleading at Esther’s feet, and Mordecai counseling Ahaseurus.

Although a frequent scene depicted in biblical art, the only episode from Cabrera’s program that doesn’t appear in the Book of Esther is the fourth work—Esther falling before Ahaseurus. It’s reasonable to assume that Esther may have bowed before the king, but the biblical tale has Esther standing rather than prostrating herself. It’s worth noting that Mordechai had refused to bow before Haman earlier in the story, but clearly the bowing wasn’t the entire extent of the problem, as Joseph’s brothers bowed before him in Egypt.

In the most comprehensive English study on the subject of the Esther and Joseph works, “Old Testament images defined by the Spanish catholic empire: the story of Esther and the story of Joseph in the Pardo palace” (submitted to the faculty of George Washington University in 1996), Abby Krain locates Esther and Joseph within a framework of Christian symbolism. To Krain, Joseph and Esther represent ideal models for kings and queens, particularly for the patrons of the projects: King Philip III and his wife, Margaret of Austria. Esther, who epitomizes humility and obedience, is a stand-in for Mary, while Joseph’s honesty makes him a proxy for the Christian savior, Krain suggests. Although Krain makes a sound argument, it’s worth pondering whether there might have been something more colorful and provocative in the Pardo biblical commissions.

That the king and queen would have believed that figures from the Jewish Bible foretold the characters of Christian scriptures is undoubtedly true. But even if one concedes that point, Joseph and Esther are odd choices as regal role models. Joseph was clearly righteous, but he is also perhaps guilty of vanity, which, according to rabbinic traditions, one of the reasons he deserved to spend time in an Egyptian prison. And although Esther also emerges as a heroine in the Purim narrative, Mordechai rebukes her for seemingly caring too much about her own regal station rather than her people. This is not to incriminate Esther and Joseph, but there might have been more apparent role models that would have made more sense in the Pardo Palace.

According to Krain, the Persian King Ahaseurus selected Esther “for her beauty and, more significantly, for her obedience and loyalty to both her people and her adopted kingdom.” And not only would Phillip III have seen Esther as a role model for Margaret, but Krain also observes that there were political reasons why the arranged marriage between Esther and Ahaseurus was a parallel to the king and queen’s marriage, which “reinforced the exclusive control of the Spanish Empire by the Hapsburg family.” With Protestants questioning whether the divine endorsement of monarchical lines was passed from father to son, Phillip III may have marshaled the story of Esther as a response to the Protestants; just as God had selected Esther for royalty, the argument would have gone, so was Margaret, Esther’s contemporary protégé, selected by God to be queen. 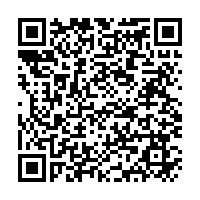