A couple enters a diner.

Man: What have you got?

Wife: Have you got anything without spam?

Waitress: Well, there’s spam egg sausage and spam, that’s not got much spam in it.

Westerners tend to believe that debate in the Arabic-speaking universe is sort of like debate in the West. Despite differences there is supposedly pragmatism, a strong sense of reality, and the underlying desire for material prosperity, stability, and peace. Of course, such things exist but often there is a strong element of fantasy and a powerful dose of hatred. Consequently, the policies and results are commensurate with that input.

And remember that Secretary of State Hillary Clinton said that al-Jazeera is a source we should look to for real news. Here is a pretty typical example of a recent al-Jazeera program: The Russian guest is a vicious anti-Semite who writes articles accusing Israel of being responsible for all of the world’s problems and especially those of the Middle East; he supports the Syrian regime. The Arab guest is a supporter of the Syrian revolution. But both of these men–who are on the opposite side– agree that the Jews are behind everything!

Oh, yes, and they also agree that America is the other source of all evil. The Russian says that the United States is financing the revolution against the Assad regime while the Arab says the United States is keeping Assad in power. The Arab guest argues that the Zionists, who originally came from Russia, are killing Syrians; the Russian says that only Russian weapons have saved Syria from the evil Zionists.

The Arab speaker, however, has the last word, explaining that he hates Russia and all of the West, too, and promises that “millions of Chechens, Afghans, and Syrians” will take revenge by killing a lot of Russians in the future.

Is the pro-revolution Arab guest speaking on behalf of the Syrian revolution and showing us what it would be like if it took power? Maybe yes, maybe no. But the irony is that the Obama Administration collaborated with Turkey in pushing a pro-Islamist opposition leadership. The revolutionaries have largely rejected this leadership. Maybe you can’t be “more Catholic than the Pope,” but the Obama Administration has succeeded in being more Islamist than the Syrian revolutionaries.

One factor that is not taken into account in Washington, or at least in the White House, is how U.S. policies and actions are distorted, often on purpose, in the Arabic-speaking sphere. When someone says that Arabs or Muslims hate America because of its policies, the proper wording should be: because of what they think those policies are, regardless of what is actually happening.

In Afghanistan, at least two Americans were killed and anti-American riots have broken out in several countries because people believe–and are being told–that the United States burns Korans on purpose. In Egypt, the most “respectable” media organs (supposedly free now, right?) are telling people that the United States has been plotting to destroy their country and overturn the revolution.

We saw the same things in Iran for decades and you’d be surprised at how much anti-American slander there is in Turkey, where the Islamist regime pretends to be friendly to Washington but isn’t. And despite massive U.S. aid, diplomatic support, and a free pass to do whatever it wants, the Palestinian Authority’s media lies and spread hatred toward the United States.

So how can you win over regimes or groups when your friendly gestures are reinterpreted as hostile ones and you are portrayed as a deadly enemy. Americaphobia is not a crime in these places, it’s a duty. And, by the way, the same thing applies to Israel, whose concessions and gestures of conciliation are never received as such but rather as acts of weakness or hostility.

Still, Hillary might be right on one thing – watching al-Jazeera is very informative. But if she and the Obama Administration were watching and understanding what’s being shown on that and other such channels, their policy would be pretty much the opposite of what it is now. 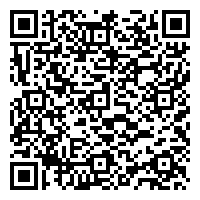