The Lion’s Gate: On the Front Lines of the Six Day War
by Steven Pressfield
Sentinel

In an unplanned stroke of timeliness, I found myself reading The Lion’s Gate: On the Front Lines of the Six Day War in the days leading up to Yom Hazikaron and Yom Ha’Atzmaut. I finished the book on the eve of Yom Ha’Atzmaut.


The appropriateness of the subject matter to that hour went beyond the common thread of Israel’s incredible survival story, which continues to unfold in our time. Just as the day of mourning for Israel’s fallen soldiers bleeds straight into the festive celebration of her birthday, The Lion’s Gate takes readers on an emotional journey of extremes. The dualism that is the cornerstone of Israel – tears and sacrifice, destiny and redemption – zigzags throughout the book. Within any given chapter there is tragedy (the loss of lives in battle – so many lions of bravery) and awe-inspiring triumph, as Israel’s vastly outmanned, outgunned troops vanquish Arab forces on three fronts.

Author Steven Pressfield, who has penned a dozen previous books ranging from bestselling war novels to self-help titles, describes this one as a “hybrid history.” He takes care in the introduction to explain the limitations of the book. It is not intended to be a comprehensive history of the Six Day War, but rather an inside look at the experiences of a handful of IDF units, including air force, reconnaisance, and paratroop outfits. Hundreds of hours of interviews with 63 individuals who served in various capacities in the Six Day War are distilled and woven together in an undulating multi-voice narrative.

Pressfield admits taking some liberties with the material, such as interpolating written material with oral histories, and even creates chapters in the voice of Moshe Dayan, the biggest lion of them all, based upon Dayan’s own writings and interviews with his family members and associates.

The Lion’s Gate takes us from the dawn of the state in 1948, through intervening battles, to the lead-up to June 1967, and finally through the harrowing six days of fighting (which, I learned here, actually extended a couple of days longer, as IDF forces scrambled to secure all of the Sinai, Golan Heights, and Jerusalem before the outside powers imposed armistice lines that Israel knew would become her borders), culminating in the raising of the Israeli flag over the Kotel.

Although Israel was on the defense in the Six Day War, Pressfield’s account reveals that meticulous, utterly genius strategic planning took place years in advance and made all the difference in Israel’s ultimate victory. Operation Moked, a daring preemptive strike, knocked out Egypt’s air force in a matter of hours; that story alone could carry an entire book. But there is so much more.

Israel’s military was, then as now, in a class by itself. The Lion’s Gate shows the many reasons why. Because Israel’s very existence hangs constantly in peril, even more so during all-out war, young IDF recruits learn not only how to fight better than anyone, but that in the heat of battle, their own wits, passion and, for lack of a better word, chutzpah are their best weapons. The Six Day War was a series of impossibilities made possible. In the words of Major Ran Ronen as he sent his Air Force Squadron 119 fighters off to carry out their mission: “You are ready. The survival of the nation depends on you. We must succeed at any cost. En brera. No alternative.”

You don’t have to be a history buff to be riveted by this book. Like the Israeli population, most of the interviewees were not religious, but they believed: This is the Promised Land – the eternal homeland of the Jewish People, tracing all the way back to Abraham. And we’ll do what is necessary to protect it. 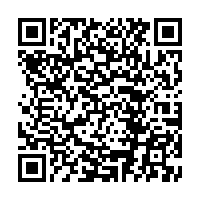