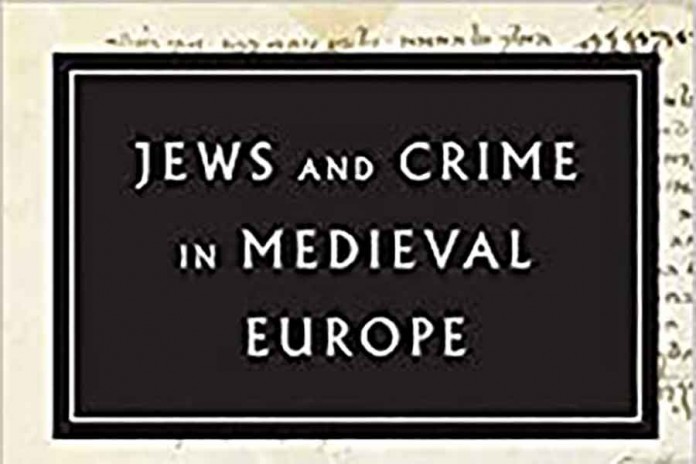 
As its title might suggest, this book is a multi-case study on the relationship between Jews and crime in the medieval period. It provides a fascinating report on this rather obscure topic that mainly draws from halachic responsa from the time. By drawing on such writings, plus archival data when available, the author tells vivid stories of different illegal activities in which Jews were involved. He uses deep-reading techniques and the latest scholarship to tease out details of the stories told in those primary sources that are left untold in the actual sources. He then uses these cases to draw broader conclusions about the connections that Ashkenazic Jews had to crime in the Middle Ages.

After a 30-page introduction in which the author lays out his methodology and provides the background/contextual information for his study, the main body of the book consists of three chapters divided by the nature of the crime discussed therein. The first chapter discusses the Jews’ involvement in theft; the second chapter, in murder; and the third chapter, in crimes related to women.

The author shows that when it comes to Jewish involvement in theft, the Jews themselves were not typically the ones engaged in stealing or robbing. Rather, they often served as fences, acting as middlemen between thieves and the eventual buyers of stolen goods. The cases that Shoham-Steiner discusses include complications that present themselves when the original owners of plundered property were Jews, or when Jewish buyers would later find out that items they had bought were of dubious provenance. This chapter also includes an interesting section on how magic was often used by thieves both in their illicit thievery and in helping to catch and expose those who stole.

In his chapter on murder, Shoham-Steiner shows that while honor-related violence and fatalities were fairly prevalent in Christian Europe, such aggression seems to have been much less common among Jews. The cases in which Jews were involved in killings typically involved hiring/contracting non-Jews to do the deed, or inadvertent bloodshed like a sleeping mother rolling onto her baby. As early as the Geonic period, many halachic responsa were dedicated to giving Jewish murderers (whether intentional or not) a regimen of repentance both to alleviate their internal guilt and to help them regain their community’s confidence. Thus, the punishments for taking the life of another often included such acts of self-mortification as mutilation, fasting and voluntary exile. Nonetheless, as Shoham-Steiner shows, the one situation in which the rabbis would be more tolerant/lenient with murderers was when the victim was a moser (“informer”) who caused other Jews trouble with the non-Jewish authorities.

Shoham-Steiner dedicates his final chapter to crimes involving women, specifically sexual misdeeds and domestic violence. In discussing the former, the author considers how the Jewish community confronted prostitution, and how some rabbis from the Chassidei Ashkenaz movement even looked to contemporary Christian clergymen as role models for successfully dealing with this issue. The author also places that discussion within the broader context of the community’s response to sexual promiscuity and licentiousness. On the subject of domestic violence, the book discusses several cases of husbands subjecting their wives to violence and financial abuse. It also looks at cases in which the rabbis were accommodating toward women who were perceived to have committed murder, and did not impose on them the harsh stringencies placed on male murderers.

This book also explores such general questions as the extent of rabbinic hegemony in the Ashkenazic Jewish community in earlier times, as well as the extent to which Jewish courts were independent of local magistrates and could offer their own punishments/penalties. The author is clearly cognizant of modern feminist concerns that occupy a prominent place in social studies (and is thus bothered by things like the inadmissibility of womenfolk’s testimony in rabbinic jurisprudence and rabbinic concerns that a woman be happily married lest she go astray), and broadly uses Critical Theory to critique rabbinic authority and its place in the Jewish community in the medieval period. He often mentions class inequality as a major factor in deciding when the law would be enforced and what the punishment for breaking the law would entail. To his credit, Professor Shoham-Steiner is always careful to separate his own speculation from the documented facts, making that distinction clear to the reader as he fills in the lacuna left in the primary sources.

Endnotes serve to provide the sources for the ideas that Shoham-Steiner mentions in the main text, as well to help define for the reader some of the more unfamiliar concepts that he mentions. These endnotes are also full of historical tidbits and insights that are only tangentially related to the body of the text. He also supplies the reader with eleven appendices that are basically English translations of the Hebrew primary sources that he uses for his case study.

Throughout this book, the author shows intimate familiarity with the literary output of such great Ashkenazic luminaries as Rabbeinu Gershom Meor HaGolah (960-1040), Rabbi Yehuda HaChassid (1150-1217), Rabbi Meir of Rothenburg (1215-1293), and Rabbi Yitzchak Or Zarua (1200-1270). He is also at home with the scholarly works of such historians as the early-modern scholar Jacob Katz (1904-1998), the medievalist Avraham Grossman (b. 1936), and the Talmudist Simcha Emanuel (b. 1957). The author brings all of these sources together in his lively discussions by combining scholarly sophistication with an easy-to-read and highly engaging style. This book truly gives us a taste of how the Ashkenazic community of the Middle Ages approached crime, along with all the possible legal, socio-economical, and religious rationales for their attitudes. 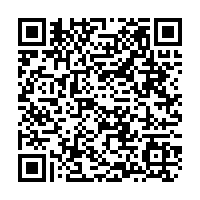