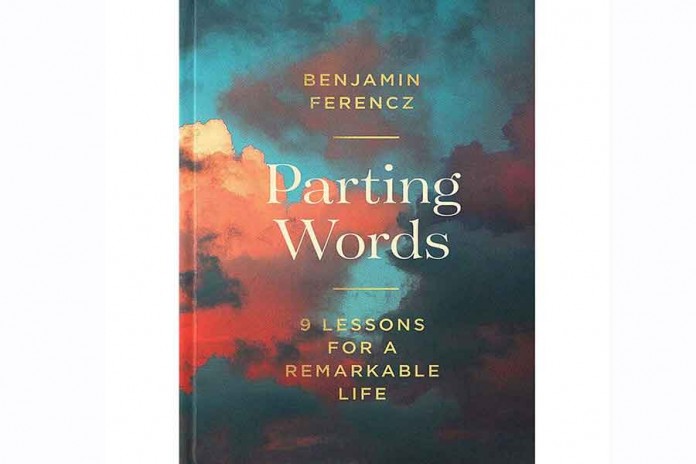 
If you’ve never heard of Ben Ferencz and his amazing life story, then you’re in for a special treat. While Ben might come across as an ordinary centenarian living in the retirement community of Delray Beach, Florida, his story is nothing short of extraordinary. In this book, we meet Ben as he transitions from criminal to lawyer, from husband to father, and from immigrant to influencer.

Ben was born over a century ago in Transylvania under Romanian rule. His impoverished family immigrated to America when he was just an infant, and he grew up in the crime-stricken neighborhood of Hell’s Kitchen in New York City. Despite his Eastern European origins, Ben always identified himself as an American – a Jewish American. Like many other boys of his age, he turned to a life of crime, but eventually found himself on the right side of the law. From then on, he committed to crime prevention and protecting the less fortunate.

After a late start to formal schooling, Ben was eventually recognized as a gifted child, and admitted to Townsend Harris High School, which all but assured his future entry to a good college. In his immigrant social circles, he hadn’t even known anyone who went to college, as finishing high school was considered the highest possible achievement for his peers. Though his high school diploma was unfairly held back from him for 80 years, Ben managed to gain acceptance to City College, where he studied sociology and social sciences. After graduating, Ben was accepted into Harvard Law School, and not long after he finished his degree in law, he was drafted into the US Army, in the middle of War World II.

After some tough times at the beginning of his army career, Ben was eventually recognized for his superlative legal skills and was put in charge of gathering evidence of the Nazi atrocities committed during the war. Soon after, he became one of the main prosecutors in the famous Nuremberg Trials. After the war, he opened a private law practice, but continued to study and write on issues of International Law, eventually playing an important role in the creation of the International Criminal Court (ICC).

Besides the biographical sketch of Ben Ferencz’s life and the humorous anecdotes he presents (which always have a moral lesson), this book is peppered with motivational quotes (usually in boldface) like:

“Whatever situation you come from, believe that you can do something different if you want.” “Despite the frustrations and resentments, you must take the laughs where you can,” and “Never let anyone say they want to die for their country. That’s stupid. You should want to live for your country.”

This book also includes inspirational one-liners like: “It’s important to work out what’s worth fighting and what isn’t;” “Friends are important but it’s good to make peace with your own company;” “Don’t let anyone bully you twice;” and “Everything is impossible until it’s done.”

To me, this book’s weakness is that it doesn’t explore Ben’s Jewish identity and how he related himself to the Jewish People as a whole. This lacuna in Ben’s life story is quite conspicuous for a clearly American Jew who lived through the time of the Holocaust and even served as one of the great advocates of justice in the post-WWII era. Most tellingly, Ben never speaks about G-d, the Torah, or religion. In one particularly disturbing passage, Ben writes: “I survived the war by damn good luck” – a borderline blasphemous statement that downplays the miraculous Divine intervention that took place on European shores.

Furthermore, despite Ben’s professed allegiance to “the law,” this book does not explore what makes the law so central and binding. It’s almost as if Ben places the man-made “law” – as it is on the books – on the highest pedestal while everything else falls by the wayside.

Ironically, Ben criticizes people for taking advantage of the law or bending its rules, but he himself had no qualms about illegally issuing a warrant for his wife’s arrest so that he can meet up with her when her boat finally arrived in Germany, or demanding that the Russian government return his parachute which landed in Russian-held territory on the basis of it being U.S. Government property, but then taking that parachute home as a souvenir for his home garden.

Despite these slight shortcomings, Ben Ferencz’s story is a delightful one that offers all sorts of musings on life, marriage, parenting and beer. In his alluring and oftentimes funny way, Ben offers us all sorts of lessons and insights into life. His informal easy-to-read style and refreshing candor add to the book’s charm, truly leaving this book as a worthwhile legacy of Parting Words from our centenarian in Florida.