Jews and Muslims held a joint memorial ceremony on Thursday, marking the 74th anniversary of the deportation of the Jews of Litzmannstadt ghetto by the Nazis to the death camp in Auschwitz, Poland.

Aiman Mazyek of the Central Council of Muslims stood under the infamous “Arbeit Macht Frei” slogan at Auschwitz’ gate and declared: “We promise that with our strength, with the strength of our faith, we will work together so there will ‘never again be Auschwitz.'”

Rabbi Henry Brandt, the first Jew to receive the prestigious Muhammad-Nafi-Tschelebi Prize for his commitment to interfaith dialogue with Islamic communities in Germany, stood at the same spot and said: “I am deeply impressed that Muslims and Jews are here together.”

The Litzmannstadt Ghetto was the second-largest ghetto in all of German-occupied Europe after the Warsaw Ghetto. Situated in the city of Łódź, the ghetto was transformed into a major industrial center, manufacturing much needed war supplies for Nazi Germany and especially for the German Army. Because of its remarkable productivity, the ghetto managed to survive until August 1944.

Aiman ​​Mazyek, chairman of the Central Council of Muslims in Germany, does not consider the hijab and the headscarf for Muslim women or a beard for Muslim men to be essential requirements. He advocates religious tolerance.

On the occasion of a 2014 nationwide day of action of Muslim religious communities in Germany against extremism and violence Mazyek said: “I am a Jew when synagogues are attacked, I am a Christian […] when Christians are persecuted in Iraq , and I am a Muslim when incendiary objects are thrown on [Muslim] places of worship.” 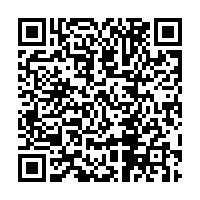