Title: The Scattered Tribe: Traveling the Diaspora from Cuba to India to Tahiti & Beyond

There are three kinds of travelers: there are tourists, there are businesspeople, and then there are historians like Ben G. Frank.

The last kind doesn’t simply go from here to there. They try to relive history and find the real meaning behind what they experience.

Some of us enjoy sightseeing, visiting places like the Grand Canyon, the Grand Canal of Venice, or the Eiffel Tower. Others enjoy a culinary adventure, perhaps to dine on French cuisine in Indonesia or Indonesian food in Berlin. Some may love to hop through dozens of museums. But Frank is seeking his and our roots, and the ghosts of Jewish civilization in locales that many of us haven’t even conceived of as having had anything of a Jewish past – let alone present.

Together with his lovely wife Riva, Frank has traveled, both as a working journalist and as a travel writer, in the footsteps of his namesake Rabbi Benjamin of Tudela, as well as those of Marco Polo on the Silk Road, for most of life. And he’s still at it.

Frank has been one of the most prolific Jewish travel writers for many years. His articles have appeared widely, including the very pages of The Jewish Press to which he has often been a contributor.

To those of us who may never travel to these destinations, as well as to numerous other sites in the U.S. and around the globe, Frank opens our eyes to the unique differences as well as the astonishing similarities of Jewish communities and Jewish life in so many different places.

It certainly appears that Frank does his homework before setting off on each trip, to study the history and the customs of the people – Jewish and not – of each location, and knows what to seek out from the writings of those who have gone before him, including Jewish and non-Judaic sources. Throughout his career, he has remained committed to our Jewish practice and customs , even in places where there is no official communal Judaism or even a Chabad Rabbi, who are almost ubiquitous these days. He has taken siddurim to Cuba, tefillin to Russia, matzoh for sedorim and Jewish jokes everywhere.

The Scattered Tribe by Ben G. Frank is a handsomely produced soft-cover volume, and has a beautiful color plate section with photos from some of his travels . The book is a worthy addition to the travel section of any home library and a must-read for anyone planning to set off on one of these exotic destinations. 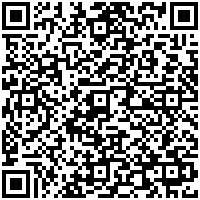