Title: Society and Self: On the Writings of Rabbi Joseph B. Soloveitchik
Author: Gerald J. (Ya’akov) Blidstein
Publisher: OU Press and Ktav, 2012

The OU Press has brought out two very significant books on the thought of the Rav, Rabbi Joseph B. Soloveitchik. The first is by one of the Rav’s illustrious students, Professor Gerald Blidstein, a recipient of the Israel Prize in Jewish Thought, a fellow of Israel’s National Academy of Sciences, and professor emeritus in the department of Jewish thought at Ben-Gurion University in Beersheva, Israel. The second is by Rabbi Reuven Ziegler, a member of the editorial team bringing out the series MeOtzar HoRav: Selected Writings of Rabbi Joseph B. S’oloveitchik published by the Toras HoRav Foundation.

Professor Blidstein takes up major themes in the Rav’s writings, exploring whether the Rav really was a Religious-Zionist thinker, his position as a communal leader reflected in his published letters on public affairs, and his willingness to explore topics like marriage as well as mourning and death. He introduces these penetrating and insightful essays with a personal description of what it meant to be a student of the Rav decades ago:

Most students trembled, I think, not only for fear – that their ignorance or lack of proper preparation would be exposed. It was likely, moreover, that the Rav tapped into the ever-present problem of religious identity and modernity.… Moreover, the Rav presumed to handle and recast the holiest of data, the very tradition itself. He was not repeating what the text said, by any means. He was presenting, from the first moment on, a new perception of what the Talmud or the rishonim meant, This new perception provided insight, a plunge into the depths of how the Talmudic categories could be defined, how they could operate…. Familiar as we all were with the spoon-feeding and repetition characterizing most university lectures, we found in the Rav a constant stimulus, an uncompromising commitment to intellectual rigor.

Society and Self helps us appreciate the great contribution the Rav made to revitalizing Orthodoxy in America as his students struggled with a confrontation with modernity.

Rabbi Ziegler’s book, part of the Soloveitchik Institute’s Library, is based on material first presented an the Virtual Beit Midrash (VBM) of Yeshivat Har Etzion. The VBM (www.vbm-torah.org) is one of the most important internet Torah resources, and its wide range of courses, including the series on the Rav, is one of the best available. In this volume, Rabbi Ziegler presents in detail a close reading of the Rav’s early works: The Lonely Man of Faith, Community, Majesty and Humility, Kol Dodi Dofek, and Halakhic Man. These are not simply summaries but a detailed program of study designed to help the reader personally explore the essays, appreciate their sources and significance, and take up further study. It is by far one of the best introductions to the Rav’s works.

Arabs Shooting Off Massive Amount of Fireworks Throughout Judea and Samaria 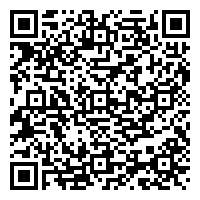