Not only was Tevye’s family going to be together, they were going to be rich! The Baron’s gift of 5000 francs would make them the new aristocrats of Palestine. But Tevye’s daydreaming didn’t last long. When he heard that Nachman was planning on returning the money, Tevye nearly fell out of the wagon.      “I won’t allow it!” he said, dizzy from the shock.

“The Baron gave the money to us on the premise that we would raise up the children in Rishon,” Nachman explained. “In the Talmud, it is called a Mekach Ta’ut, meaning that the money was given on the basis of false information.”


“Don’t quote the Talmud to me,” Tevye stormed. “The money was given for the children, and as their guardian, I am in charge of their interests.”

Ruchel looked at her husband. “The Baron didn’t stipulate in his letter that we couldn’t move to another yishuv,” she said.

“It was obvious that the adoption was to take place in Rishon, and not somewhere else,” the young rabbi insisted.

“Why don’t we write him and ask him before we give up the money?” Ruchel suggested.

“Why tell him at all?” Tevye said. “I am not a scholar in Talmud, but the money is in your pocket. If the Baron has a claim, then he is the one who has to prove it.”

“I want to be fair to the Baron,” Nachman answered.

“With all of his billions, a man like the Baron doesn’t even remember that he wrote out a check. To him, 5000 francs is a tip. But think what the money will mean to the children.”

Nachman fell silent. It was true that the money was a blessing to the orphans, but honesty was a foundation of Torah. Especially in matters of money, where greed and temptation could make a crooked line seem straight, a man had to be cautious.

” God performs a miracle, and you want to tell Him no thank you,” Tevye said. “Don’t be such a big righteous tzaddik.”

“All right,” Nachman said. “We will hold onto the money for now. But in Jaffa, we will go and ask Rabbi Kook. Whatever he advises, we’ll do.”

Tevye grumbled. He didn’t like putting the decision in someone else’s hands, but what could he do? The money had been sent to Nachman and Ruchel, not to him. The main thing was getting the money out of the Company safe. With the money in hand, at least for the time being, his family would be rich. And maybe Rabbi Kook would have compassion on the plight of the children.

The whole argument turned out to be pointless. When the colony Director, Dupont, heard that Nachman and Ruchel were leaving Rishon, he refused to open the safe and give them the funds. Either they stayed in Rishon with the children, and the money would be theirs, or the money would be sent back to France.

Tevye felt like picking up the little Dupont and strangling him until he opened the safe. But he remembered that his assistants had guns.

“If that’s the case, I suggest the children stay here until we hear from the Baron himself,” Tevye said. “We can telegram him for an immediate answer.”

But Nachman’s mind was already made up. The happiness of the children was the most important thing, and they wanted to be with their grandfather. Money was secondary. With or without the Baron’s assistance, God would provide for their needs. So, trusting in the Holy One Blessed Be He, Nachman made the decision to set off without the money in hand.

All the way to Jaffa, Tevye brooded over the loss of the gift. It was a glaring injustice, he said. Dupont should be hanged! Who was he to decide for the Baron? Tevye was even prepared to journey to Paris to appeal to the Benefactor himself.

Nachman reminded Tevye that it was decreed on Rosh HaShana everything that would befall a man in the coming year. If the money was truly destined On High for the children, it would get to them, no matter how much Dupont protested. Tevye knew that, but still, a man was commanded to do whatever he could down on earth before relying on assistance from Heaven. 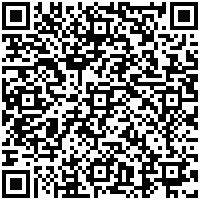