Two thousand years before, the armies of Rome had conquered Jerusalem and razed the holy Jerusalem Temple. The Rabbis taught that Rome was not the cause of the Kingdom of Israel’s downfall, but rather the hatred which prevailed at the time between the Jews themselves. The House of Israel was divided within, and this is what brought about the nation’s destruction by a foreign conqueror.

At first, Tevye stood paralyzed. The low flying cloud approached with menacing swiftness. All over the colony, field workers were shielding their faces from a dry, stinging wind. A gusty hamsin was not an unusual thing, but a desert wind had never been followed by the ominously descending black cloud. The Arab workers who had been hired since the start of the strike threw down their tools.


“Jarad! Jarad!” they hollered, running away in fear.

More clouds appeared, one following the other like battalions. A gust of wind blew a dozen locusts directly at Tevye’s face. He swatted at them and watched them fall to the ground. Suddenly, the dense cloud swooped down upon him. Futilely, he tried to shield the corn stalks with his body, but his efforts were hopeless. Hundreds and thousands of locusts rained down on the field. They battered Tevye all over his body. Wings flapped in his face. There was nothing that he could do. Falling down on his knees, Tevye clutched his head in his arms and prayed.

Long minutes passed. When the roar of the storm abated, Tevye looked up. Locusts blanketed all of the corn. The ears were invisible. The stalks had turned into columns of the Heaven-sent demons. The corn field had turned into a forest of locusts.

All over the settlement, the scene was the same. Locusts covered the wheat fields, the orchards, the vineyards, and the vegetable gardens. Stalk after stalk, vine after vine, branch after branch, were enveloped with the plague. The shocked settlers were still inspecting the scope of the damage when yet another hot wind blew out of the east and a second black cloud swept over the plain. Defenseless against the great swarms, the Jews ran for shelter inside of their houses and tents. The roar of the locusts sounded over their rooftops like the thunder of heavenly chariots.

Locusts crawled under doorways and battered against tightly closed shutters. With brooms, hysterical women beat at the creatures which fell down from the cracks in their roofs.

By late afternoon, the prisoners could once again venture forth from their houses. The evil wind had vanished, but the army of locusts remained on the crops. Tevye had never seen anything like it. The nearest thing to his memory was a late Russian frost. With sunken expressions, the settlers weighed the devastation. A year’s work was doomed. Tevye’s own tomato patch had disappeared under the heaps of insects in his garden. There were so many of them, he could hear them munching away. When he kicked them off a vine, others quickly took their place. Stunned by the nightmare, he cast a glance up to Heaven. This new plague was worse than the mosquitoes and swamps.

“Are we made out of iron that You test us like this?” he asked, raising his hands to the sky. “Is it fair to send millions of locusts against a handful of men? Why? Tell me why?”

“It’s a punishment from God,” Carmel said, standing beside him, holding their son in her arms.

“Yes,” Tevye said. “We don’t always behave like we should. But if He wanted us to be angels, He should have created us with wings.

Elisha blew on a shofar, summoning the settlers together. After leading the afternoon prayer, Nachman stood before the congregation with a Bible in his hand. Even the striking workers were present, feeling an equal sense of tragedy and loss.

“When a disaster falls upon the community, we are all called upon to examine our deeds,” he exhorted. “All of the feuding, the curses, the words spoken in anger and hatred between brothers, this is the cause of this terrible plague. Listen to the words of the Prophet….”

Not a man in the room made a rustle. Everyone sat in the synagogue and listened intently as Nachman read from the Book. Outside the door, the woman crowded together to hear. 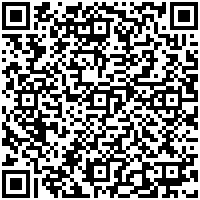