The indefatigable woodchopper, Goliath, provided the posts and slats for the fence which the settlers began erecting around the kibbutz. Ben Zion adamantly opposed the idea, claiming a fence would turn the settlement into a ghetto and curtail any further expansion.


While even the philosopher, Gordon, said that Ben Zion was right, Perchik insisted on honoring the agreement, arguing that they could purchase additional land when their economic situation improved. To keep Shoshana’s end of the bargain, he arranged for a loan from the older, more established Degania kibbutz on the southern shore of the Sea of Galilee. Several days later, the goodwill money was paid to the Arabs.

As it turned out, peace was achieved on another front as well. Miraculously, Tevye did not have to go to war with Bat Sheva. She apologized on her own. She confessed that she loved Ben Zion, but she was not going to run after him like a chicken without a head. Until he was ready to marry her, she did not want to see him again.

“Hodel is right,” she said. “Ben Zion is so in love with himself, he doesn’t have room in his heart for anyone else.”

So that’s what caused the turnaround, Tevye thought. Thank the good Lord. Bat Sheva had been speaking with her sister. That was a smart thing to do. As King Solomon said, “Wisdom comes from increased advice.” The girl had some intelligence and sechel after all. What a pity that Hodel herself had not confided in someone before running off with her own egotistical shpritzer.

Tevye was pleased to hear his little girl speak with such common sense. If he had uttered the very same words, Bat Sheva would have protested and bolted angrily from the house. In retrospect, Tevye realized that he should have been more patient with his other daughters. With a little more tolerance and trust on his part, they might have been less rebellious.

It seemed that any day now Hodel would have to give birth. Her belly was so swollen, when she walked, she waddled back and forth like a duck. If she sat down in a chair, she needed help getting up. With a feeling of great expectation, Tevye drove his wagon out to the fields for another morning’s work. Who could tell? Perhaps his Hodel would give birth to a boy. A year ago in Anatevka, who would have dreamed of celebrating a brit milah in the very Land where the covenant of circumcision between God and the Jewish people had been forged?

The day’s chore was to harvest the tomatoes which had been planted in a rocky field at an edge of the settlement. Because there was no private ownership on the kibbutz, Tevye’s wagon had been appropriated to serve the needs of the community. He had reluctantly agreed, with the stipulation that he be the only driver. And he made it clear to the appropriations committee that if he were to leave the kibbutz, the wagon would depart with him.

As usual, the kibbutzniks riding in his wagon sang happy songs about Zion and about the glory of working the Land. Spirits were especially high in expectation of the harvest ahead. What greater joy for a farmer than gathering the fruits of his labor? Imagine everyone’s shock upon reaching the field of tomatoes and finding every vine bare! The tomatoes had already been picked! Not a vegetable remained on a stalk. The shattered fence and fresh wagon tracks leading north toward the Arab camp were clues any blind man could read. During the night, while the Jews of Shoshana were sleeping, the Arabs had come and harvested the entire crop. 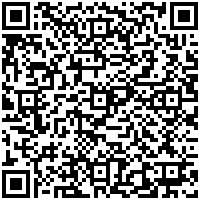