The Wall Street based Orthodox Jewish Chamber of Commerce (OJC) has opened registration for its first ever business networking event in Israel. The VIP event will take place on Sunday, January 14th, at the King David Hotel in Yerushalayim, and is geared towards entrepreneurs in all sectors, particularly within the Anglo-Israeli business sphere.

This milestone comes at the heels of the launch of the Chamber’s Israel branch late November at a dinner in King David attended by an array of dignitaries, including Wall Street Mogul and former White House Communications Director Anthony Scaramucci.


A wide range of American and Israeli, business leaders are expected to attend – marking a new era of transcontinental business empowerment. The keynote address at the event will be delivered by Gideon Saar, a prominent former MK who led several powerful government ministries and chaired the Likud Parliamentary Faction for six years. Minister Saar returned to politics several months ago and is widely seen as a serious contender in the race for Prime Minister. Other presenters at the event include internationally acclaimed marketing wiz Rabbi Issamar Ginzberg, an OJC Ambassador.

The primary focus of the event will be for attendees to network with powerful players in the Anglo-Israeli business world and build promising long term relationships. There will be multiple networking opportunities, including general networking, speed networking and a Women in the Workforce networking roundtable.

Even prior to the launch of the Israel branch, the Chamber has worked tirelessly to promote economic success in the U.S. and Israel, as well as to enhance economic and diplomatic relations between the two nations. The Chamber enjoys a particularly close relationship with the Trump White House and Ambassador David Friedman, among others within the highest echelons of the U.S. and Israeli governments and business worlds.

“We would like to thank Minister Saar and other prominent leaders for joining in the Chamber’s exciting activities in Israel, and look forward to greeting our diverse attendees personally,” says Duvi Honig, Founder and CEO. “When the Jewish business world unites, there are positive ripple effects around the globe.” 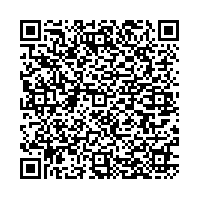