U.S. Ambassador to the United Nations Nikki Haley reaffirmed Thursday morning at a special emergency session of the UN General Assembly in a firm voice, “America will put our embassy to Jerusalem.

“It is what the American people want us to do, and it is the right thing to do.”

Haley said in her remarks during discussion over the resolution slamming U.S. President Donald Trump’s recognition of Jerusalem as the capital of Israel, that “the United States [would] always stand up for Israel,” and would not stand for being “disrespected” by fellow nations at the UN. She said the resolution being discussed was an attack on the United States and its right to exercise its own sovereign policy.

Every nation has the right to choose the location of its embassies, Haley said.

Haley also warned that the American people would “remember this day,” when the United States was “singled out for attack for exercising its right as a sovereign nation in the UN General Assembly.”

“I must also say that today, when we make generous contributions to the UN we also have the expectation that we will be respected. What’s more, we are being asked to pay for the dubious privilege of being disrespected,” Haley pointed out.

The United States government is responsible to its citizens, she warned. “If our investment fails, we have an obligation to spend our investment in other ways. 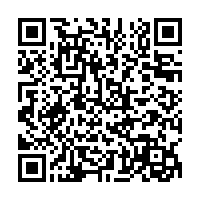