Home Sections Community A Kosher Pantry Expands In Brooklyn
Share on Facebook
Tweet on Twitter
A troubling number of Jews, until recently firmly entrenched in the middle-class of the region’s socio–economy, currently find it extremely difficult to simply put food on their tables.

The Bnai Raphael Chesed Store and Food Pantry that he founded in Brooklyn, the only pantry of its kind in the area that stocks its shelves exclusively with kosher foods, helps to fill a terrible and unfortunate gap in our community.

“Every Jew is important, regardless of his or her background,” says Hazan. “If I have the opportunity to help just one person remain in good physical health, it’s my mission to do so.”

Because of Hazan’s A-list connections in the trucking, food, and fundraising businesses, he is able to expend less than six dollars on a cartload of nourishing foods that would cost the average grocery shopper 20 times that amount.

Bnai Raphael laudably conducts its bountiful chesed project within decidedly understated headquarters. Passersby are startled when told about the scale of kindness that Bnai Raphael effects from within its low-key storefront.

“Every penny that would normally go towards ‘aesthetics’ and inessentials is sent where it really should be going – straight to the tables and cupboards of our Jewish brethren who are  in  poor shape financially,” says Bracha Balser, assistant manager of Bnai Raphael.

“It’s not just about supplying food to people, per se,” Balser continues. “When we directly supplement the diet of a single mother and her children, she is then able to spend some of her meager funds towards heating her apartment during the winter rather than seeing it all go towards household staples like bread, milk, and eggs.”

Just a little over a year ago, 800 families availed themselves of Bnai Raphael’s services. Today, the number of people on the pantry’s roster has more than doubled, due in part to the currently somber fiscal climate of the economy at large.

“Twenty–four months ago, our operating budget was $400,000; now it’s up at right around $700,000. We see where we can effectively cut corners to deliver the most (and highest quality) food for the buck, but it isn’t always easy,” Hazan explains.
Next Saturday night, Bnai Raphel will be holding its inaugural Maos Chittim campaign and Chinese auction.

“When Pesach arrives,” Balser says, “we find ourselves sitting around the Seder table with close family and friends; it really is our duty as Jews to think about our brothers and sisters who may not even have matzah to eat at their sedarim.  This will be the first gala function we have ever held.  We look forward to raising some of the funds that are necessary for us to remain buoyant as a vital community resource.” 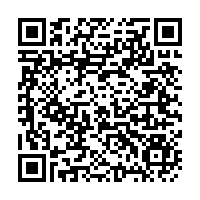