“I’m calling the budget the New York Dream,” Hochul said. “We will make that New York Dream real and ensure that it can be realized by every single New Yorker.”


Hochul declared the budget to be balanced, with a “solid financial footing.”

“As tax revenues rebound the budget is balanced for the entirety of the financial plan leading up to FY 2027, has no budget gaps, and holds spending growth in FY 2023 below inflation,” Hochul added.

The chief executive, a Democrat, highlighted several points in the massive wide-ranging budget aimed at funding every segment of the state’s government:

At least one Democrat was not impressed by Hochul’s financial blueprint.

“She promised upwards of $10 billion of historic investments in healthcare but there was no mention of a nursing home victims’ compensation fund or an acknowledgement of over 16,000 families whose lives were destroyed by the previous administration,” said Assemblyman Ron Kim, (D-Flushing, Queens), chairman of the Assembly Aging Committee. “I am disappointed, because I see an unserious attempt to fix our truly broken health care system.

“I want to make one point explicitly clear: We cannot go to the people who created our problems for the solution. The nursing home ‘market’ is broken. The governor’s handouts and corporate giveaways to the same nursing home owners – the worst operators who enrich themselves and their shareholders at the cost of our elders’ health and lives – will only worsen the problem.

“What we need is a bold takeover plan that will expand county-run, publicly-controlled facilities. Instead of giving more of our taxpayers’ money to these corporate executives, I am pleading with this administration to stop subsidizing these failing long-term care markets, and invest every dollar in the staff and families who will pay for your decisions,” Kim added.

“Nearly one year after New York enacted its largest budget ever, with a $35 billion year-over-year increase, Governor Hochul has proposed increasing New York’s budget and cementing it as the tax-and-spend capital of the country. The question that should be on the minds of every New Yorkers is, ‘Who is going to pay for it?’ The answer: New York’s beleaguered taxpayers and small businesses. Hochul chose to double down on the radical, progressive agenda of the Democratic majorities in the state legislature. The governor’s proposed budget is unsustainable and when the federal funds dry up, New York will face a fiscal calamity.”

In the other house, Senate Republicans were equally outraged by the massive proposed spending.

“I have long said that to blame all our problems, especially fiscal ones, on the pandemic would be a mistake,” said Senator Mike Martucci (R-Wawayanda, Orange County). “Before March 2020, our state was already on the edge of a fiscal cliff. Years of mismanagement and tax-and-spend policies left us worse off than previous generations and in a precarious position to confront the shutdowns and disruptions of pandemic politics. That Governor Hochul acknowledged this fact today is an encouraging sign. It is also a change in tone from the previous administration. A wholesale change in our state’s trajectory, beyond recovery, will require self-awareness and prudence. The last three state budgets have been a downstate progressive’s dream but a nightmare for the rest of us. Governor Hochul can and should choose a new course.”

Her political opponents took a swipe at the proposed spending plan.

“While the state’s budget includes many necessary investments, these expenditures are buoyed by one-time federal investment rather than a long-term commitment to a renewed deal for New York,” said New York City Public Advocate Jumaane Williams, a Democratic candidate for governor. “Unfortunately, Governor Hochul is … relying on a one-time infusion of federal money to fund a series of temporary solutions to problems that aren’t going away. Rather than continuing to placate wealthy donors and big-moneyed special interests at the expense of other New Yorkers, we need to ask them to do their civic duty by paying their fair share, raising billions in new revenue and allowing us to pay for programs that will dramatically impact the lives of hardworking families for the long-term.”

The state Conservative Party focused their opposition to the budget, the ninth largest in the world, on the size of the spending plan as compared to other states and countries.

“More than 200 nations around the world have budgets smaller than the $216 billion state budget behemoth Gov. Kathy Hochul proposed today,” said state Conservative Party Chairman Jerry Kassar. “Her budget is more than those of Texas and Florida combined – each state with significantly higher populations than ours. New York is narrowly competing only with California, a state with twice our population, for the most expensive state government in America. The Hochul budget is almost half the size of Russia’s – Russia’s!”

While Hochul proposed the budget, state lawmakers now spend the next two and a half months hearing from New Yorkers about what is missing and what is good about the budget. The 213 lawmakers then dispose of the budget by putting their individual touches on the document. The budget is due by Friday, April 1. 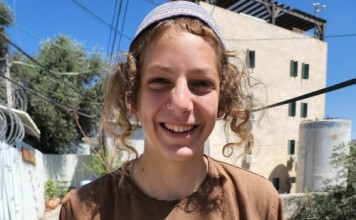 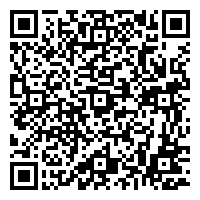