Chabad of Ulster County held their annual Empowerment Breakfast on Sunday, August 28, with honors going to local Kingston elected officials, public servants and residents, including a 101-year-old who recently became a bar mitzvah. The Jewish Press was the only news outlet covering the event.

“One of the things that I appreciate very much in the local politics in Ulster County is that there is more [importance placed] on the person than the party. When everything becomes about the party, people don’t get help and the services that have to reach people don’t get there because everything is a political game and a political dance. People know that,” Hecht told an audience of approximately 50 people. “I think that’s why people like you and what you do. You’re frank and you get the job done. It doesn’t matter who it is. If someone needs to be helped, they will be helped.

“In Judaism, hakores hatov, giving thanks and being thankful and recognizing, is very, very important. In Judaism we begin our day every morning with the words, “Modeh ani l’fanecha – we give our thanks to you, G-d,” every single morning. As we go through the day, we always have to remember to be thankful to all those that are there and contribute. Sometimes you read the papers and you see only complaints about those who serve public office. This is a man who gets a lot of complaints in the local papers but you see very few thanks. I know from my role and responsibilities how many people he helps and the care he has for the community. It’s very special and we really appreciate it,” Hecht concluded.

Supervisor James Quigley, a Republican, picked up on Hecht’s comments upon receiving the Empowerment Award.

“I want to thank Rabbi Hecht and the congregation for this honor. My service started long before becoming a politician,” Quigley said. “As Rabbi Hecht said, it’s not about the party, it’s about the individual and what they do. My dedication to this community started long before becoming an elected official. We gave back as a family to a community that has supported my family since 1849. As long as I can continue to do that, I am happy. I want to thank you all for this recognition.”

The Leadership Award went to Ulster County legislator Abe Uchitelle, who is Jewish and represents the area where the Chabad center is located in Kingston, NY.

“When I was thinking about what leadership means to me, I thought about the Torah portion in Leviticus from my bar mitzvah where the text describes how you should deal with your field, and to leave the corners of your field unharvested so that people in the community can take what they need if they are less fortunate,” Uchitelle, a Democrat, said. “I thought about how that is key to the Kingston community because there are so many groups that are out there helping people. There are so many groups that are engaged with the community. When you come in from a leadership perspective it’s not always about centering [on] yourself, building the biggest monument or doing the biggest thing. Sometimes it’s about letting people help themselves, letting people get what they need, getting out of the way and finding out what the networks are in the community so that folks can get everything that they need because we have such a vibrant community of people helping.”

Rabbi Mendy Karczag, director Chabad of Woodstock, N.Y., demonstrated his shofar blowing prowess at the breakfast and then explained the meaning behind the month of Elul and the succeeding 40 days from Rosh Chodesh Elul.

“It’s a very special day, it’s a very special month, it’s a very special 40 days. These days are days when G-d is available. It’s a day when we can connect,” Karczag told the audience, not all of whom were Jewish. “As the Alter Rebbe, the first Chabad leader, called this month, a time when ‘the King is in the field.’ Sometimes the king would go out and travel to the various cities to see the people in the city. Before coming into the city, sometimes the king would stop in the field and all the workmen in the field would come to meet the king. It was an informal way of meeting the king. When the king is in the palace it’s almost impossible to get to the king, especially for a regular guy. When the king is in the field that’s a very opportune time to greet the king and to ask for a request and the king is a lot more relaxed and a lot more open to hear people’s requests and answering the requests from the people who come over to him.

“The month of Elul is a time when Hashem is in the field. It’s a very special time, an opportune time when we can connect to G-d and ask Him for our needs and ask G-d for a wonderful, healthy and good year. The year ahead of us should be a year full of blessings, health and success and everything that comes with it,” Karczag continued.

“The shofar is also a symbol of the cry of the soul that is beyond words, that connection that we have that is very much felt during these days as we prepare for Rosh Hashanah, the High Holidays. Throughout the month we blow the shofar, which is like a wake-up call to remind us that this is the time to prepare, Hashem is around and the king is in the field and it’s a time to reconnect.

“I want to thank everyone in the community for all you do, not just for Kingston but the larger Ulster County community. It is great to see partnership and friendship and it’s what makes the Hudson Valley such a beautiful place to live, to work and to prosper into the future,” Karczag concluded.

Assemblyman Colin Schmitt, (R – New Windsor, Orange County) represents a district that includes New York City’s northern suburbs of Orange and Rockland counties. He is virtually unknown outside his Assembly district where he is running for Congress in a district that includes Ulster County. While attending the Catholic University of America, Schmitt, 32, earned a degree in Politics with a minor in Theology and Religious Studies.

“I want to thank everyone in the community for all you do, not just for Kingston but the larger Ulster County community,” Schmitt said during his brief remarks. “It is great to see partnership and friendship and it’s what makes the Hudson Valley such a beautiful place to live, to work and to prosper into the future. Many blessings as we go into these next 40 days and into the holiday season. I’m always here to be a friend of the community.”

Rabbi A.B. Itkin helped Cohen put on the tallis and tefillin. Teddy Cohen, who is a kohen, recently celebrated his bar mitzvah. Rabbi Itkin said the prayer with Cohen for putting on the tallis and they said the Shema after the prayer for putting on the tefillin. Even though he’s not Jewish, Pecora was honored for taking Cohen to Shabbat services and reading the English translation for Cohen to follow along. 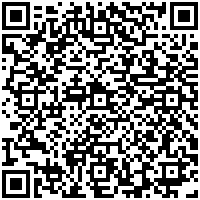