You probably heard or read by now that state lawmakers voted for a pay raise beginning in 2023 when a new legislative session begins. The pay bump of $32,000 gives state lawmakers an annual salary of $142,000, higher than the median income in most counties across the state. The pay raise will cost taxpayers an additional $6.8 million annually and $1.8 million between January and March 31, the last quarter of the state fiscal year. Yet there is so much more to the story that has not been told.

Some lawmakers argued during the debate on Thursday that this large pay bump is moving the part-time citizen legislature toward a full-time professional legislative body. This relates to a separate part of the legislation that will bar state lawmakers from earning more than $35,000 from outside income.

“Outside income increases the independence of legislators vis-a-vis the governor, and makes us less vulnerable to gubernatorial retaliation,” argued Assemblyman Phillip Steck (D – Colonie, Albany County), a lawyer by profession. “I am stunned at the penchant for demeaning the legislature as being of less value. I understand why Governor [Andrew] Cuomo did it. He did it because it is convenient politically to deflect attention from the failures of that administration in both the areas of ethics and policy. I do not understand why it is necessary to do it to ourselves.”

Steck, the only Democrat to publicly criticize the legislation on the floor of the Assembly, explained in closing remarks, “The message here is that we should not have a citizen legislature but a professional one. I am unaware of any proposed limits from the outside income of the executive in office, whose abuses and vulnerabilities through the influence of campaign contributions are so well-known as to not need further detail. There are often more conflicts of interest in spousal income than in the fully disclosed earned income of a legislator. Because I am opposed to creating a class of professional politicians I will be voting in the negative,” Steck, one of 21 Jewish Assembly lawmakers, concluded.

Of the 21 Jewish Assembly lawmakers, 15 voted in favor, three voted against the measure and three were excused from voting. Of the 20 retiring members of the Assembly, six gave their colleagues a parting holiday gift. Of the three members going to the state Senate, two voted against the pay raise and one in favor. Seventeen members decided not to show up for the pay raise vote; seven of those are retiring members. The measure passed the 150-member Assembly with six votes to spare, 81 to 52.

One of those excused from voting, Assemblyman Ari Brown (R – Cedarhurst, Nassau County), posted a news release online bemoaning the partial ban on outside income that read, in part, “It’s obvious how disconnected Albany’s ruling class has become. Furthermore, this pay increase is going to bar many successful individuals with real-world experience from serving in the Legislature in exchange for career politicians focused only on reelection – the antithesis of the “Citizen-Legislature” model originally envisioned,” Brown wrote. “The amendment proposed during debate by Assembly Republicans would have halted a pay increase until a statewide public referendum was held in November. In addition, it would have made future pay increases of the Legislature subject to voter approval.”

“The bill would enact for the first time a limitation on income earned outside the scope of legislative duties effective January 1, 2025. Outside income would be vetted by the Legislative Ethics Commission and would be reported to the public on an annual basis. The bill would make willful and intentional violations of outside income limitations subject to civil penalties under the Public Officers Law,” Assembly member Helene Weinstein (D – Sheepshead Bay, Brooklyn) explained as she defended the bill. Weinstein also holds the position of chairman of the Assembly Ways and Means committee. “Passive income is one of the exclusions, including pensions, deferred compensation, income from securities that you do not have a direct role in generating, those funds are excluded.”

Assemblyman Michael Lawler (R – Pearl River, Rockland County), who is moving on to Congress next year, pointed out the potential for the governor signing the measure (noted as a Chapter) but requesting that state lawmakers make changes to language in the legislation that is not properly written or needs clarity. One case in point is that if you earn more than $35,000 in outside income your right to vote on a bill would be stripped until you come into compliance with the recommendations made by the Legislative Ethics Commission. A fine of $40,000 could also be imposed for such infractions.

“Usually, the month of January was wasted on a bunch of chapter amendments for really poorly written bills that needed to be fixed. I assume we’re going to have chapter amendments on this bill based on the discussion and debate, because clearly it was put together in a very haphazard way,” Lawler said. “When you actually look at the language that all of a sudden you can restrict members’ ability to vote … a member who is duly elected could be barred from exercising their right to vote based on a salary.

Members of the legislature, going forward, will get a $142,000 salary; a per diem, which will likely go up; health benefits; full time pension credit; and an outside income cap that would be in flux because it is tied to the value of the retirement system,” Lawler concluded.

While Lawler represents many Orthodox Jewish communities, including Monsey, Assembly Colin Schmitt (R – New Windsor, Orange County), who represents the Satmar community in Palm Tree and Kiryas Joel, argued how unfair the pay raise is when so many people in his district are finding it difficult to put bread on the table. (Schmitt will also be retiring from the Assembly after losing a hotly contested Congressional race.)

“They are suffering as they are trying to keep themselves warm, trying to live on a fixed income, a retirement income, in a year that their state legislator is going to get a $32,000 increase after the ball drops in Times Square quite frankly is unacceptable. We have so much work that we could be doing here even though this is not technically considered a special session,” Schmitt argued. “We could be passing legislation that deals with battling the current inflation crisis, that deals with the public safety issues that are at hand, that deals with insuring that those who are retired and might want to or need to work an additional job could do that without the restrictions that make it very difficult, can provide services such as driving buses for schools that many of those retired public employees are sought out for. I haven’t gotten any calls or emails from my constituents asking me to support this pay raise.”

When the idea of limiting outside income arose and was made public, Republicans immediately pounced and threatened a lawsuit after the governor signs the measure into law.

Then there was the summation by the senator who led the debate for the Democrats and avoided the discussion on outside income, focusing on the pay hike allowing the members to pay their bills.

“The assignment today is to make sure that people can both do these jobs with honor and integrity, not corruption, and also be able to pay their rent and feed their children and take care of themselves,” said Senator Liz Krueger (D – Upper East Side, Manhattan). “I believe hopefully to not have to do a second job that might take them away from their responsibilities as a senator. I’m not worried that people who have no skin in the game will be the ones rushing forward into the legislature. With all due respect, if the only thing you can imagine doing to make money is to join the New York State Senate you don’t have much vision or much talent. You should want us to not be in panic about our paychecks and you should want us focusing on our jobs for our constituents. I’m confident looking around this room that that’s exactly what we’ll be doing when we get back here.”

The bill passed the 63-member Senate with one vote to spare, 33 to 23. Five members did not show up for the vote and there are two vacant seats, both on Long Island. Seven Democrats voted against the measure, as did 16 Republicans. Of the six Jewish members in the Senate, four voted for the pay raise; one, Anna Kaplan (D – Great Neck, Nassau County), did not attend the session, and one, Elijah Reichlin-Melnick (D – Nanuet, Rockland County), voted against the measure. Kaplan and Reichlin-Melnick lost their reelection bids last month. The four members who voted for the pay raise won reelection and will be seated for the new session in January.

The governor said she expects to sign the pay raise bill because the lawmakers work hard and deserve the pay hike. The bill does not hike the pay for the statewide office-holders or commissioners. It also does not hike salaries for legislative staffers who earn on average $41,000 a year, according to legislative records. Those salaries are set at the discretion of the legislative member the staffer works for. 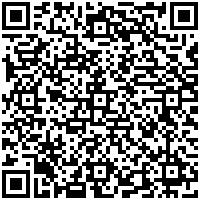