New state education-mandated regulations for nonpublic schools, including yeshivas, are set to take effect Wednesday, September 28. All sides admit this is not a perfect solution and adjustments will be made along the way in order to accomplish the intended goals.

During an hour-long meeting to reveal the proposed and ultimately adopted regulations, it was revealed the state education department does not know how many nonpublic schools exist and it will take another year to determine how many private schools operate in the state. The numbers could be off by as much as ten percent.


“We know there are about 1800 nonpublic schools in New York state but they have not been required to be recognized by the state that is why the first step of this regulation is to ask school districts to let us know the ones that are in their boundaries,” Christina Coughlin, the Assistant Commissioner in the Office of School Governance, Policy & Religious & Independent Schools. “We think it is around 2,000 but we will know by September 2023.”

“This has been done with collaboration, cooperation and certainly with the opportunity to hear individuals, to listen, to take into account the various pathways and the ways that we can get to finding solutions so that we in fact can really support the education of all children in this state,” Rosa told the 17-member Board of Regents on September 12. Not all the members were in attendance for this important meeting to vote on the regulations.

This process took place during the COVID isolation period. In order to continue the process, meetings were held via remote transmission, including six Zoom meeting with 500 total participants. There were several discussions with the commissioner’s advisory council. The department received, reviewed and assessed more than 350,000 comments during the 60-day public comment period. In an effort to combat being overwhelmed by the outpouring of concern from parents, students and other members of the public, the department increased the number of staff to keep on schedule. Collective staff time on the process encompassed 2,000 hours, according to Dr. James Baldwin, the senior deputy commissioner for education policy at the state education department.

“We do not expect nonpublic schools to look the same as public schools,” Coughlin said. “Stakeholders encouraged us to include respect for different instructional models and values, so we did. Many comments were supportive of the proposed rule, noting the regulation is necessary to ensure children receive the instruction to which they are entitled. The majority of commenters expressed philosophical opposition to state regulation to nonpublic schools. However, as stated earlier, this obligation is imposed by statute in the Compulsory Education Law. It is the responsibility of the department to promulgate regulation to implement this law.”

With members of religious communities in attendance, the education department staff wanted to make one point perfectly clear.

“The regulation does not regulate religious instruction,” Baldwin noted. “Religious studies are still taught as the nonpublic school sees fit. A religious school may choose to demonstrate how religious studies incorporate or advance learning in core content areas to achieve substantial equivalence.”

It was noted during the meeting that these updated regulations, from a law implemented in 1894, are a work in progress and more still needs to be done over the next several years.

“As we implement this, we will be engaged in the development of guidance that establishes appropriate parameters for the conversations,” Coughlin said. “I inadvertently left out the discussion about the assessment pathway, which is one of the pathways. We will be thinking of the appropriate way to design that. I, as a program implementation person, think about that. I know a lot of the work is going to be around technical assistance to both the nonpublic school community and to the public school leaders that may be meeting and reviewing schools that they have not done before. It is a commitment to the process that we need to do.”

With that statement, the next move is to ask the legislature for additional money in next year’s budget. The state education commissioner and the chancellor of the board of regents usually appear before the joint education budget hearing in late January as one of the first agencies to testify during the hearing process. This hearing is always one of the most highly anticipated and well-attended of the 13 budget hearings. Aside from Medicaid, education funding is the largest allocation of funds in the $226 billion spending plan.

“More staff and resources will be needed to support and carry out these regulations,” admitted Baldwin. “State lawmakers will be asked to add money to the state education budget for this anticipated increase oversight role.”

Before the unanimous vote was taken on Tuesday, September 13, without discussion, approximately 100 members, mostly rabbis, of the charedi communities in Williamsburg, Brooklyn, communities in Rockland County and Kiryas Joel, Orange County, rallied in front of the state education building and at a nearby armory proclaiming their days are numbered as an insular religious community.

“We are here to bring out our distress and outcry and to declare that we will not give in to the Regents vote of new regulations for non-public schools, including yeshivas, to be essentially equivalent to the public schools,” Rabbi Chaim Loeb of Monroe, Kiryas Joel, Orange County, told The Jewish Press. “The Regents wants the yeshiva teachers to teach all the subjects that are taught in public schools and they should be in control of the curriculum. The Regents want the private schools to be equivalent to public schools. If we wanted our kids to have a public school education, we would send them to public schools. Our parents are paying the tuition and there is no government funding. We want to give the children the same education we got from our grandfathers, from our parents all the way back to Mount Sinai, until G-d gave us the Torah 3,500 years ago. We want to keep this Torah tradition as it is.”

Rabbi Herschel Klein, a community activist, told The Jewish Press, “In science everything has to be proven with empirical evidence, which is not faith and it is not true because they get stuck when you corner them. They do not have answers. If you believe there is a creator, that there is a G-d, then you have a problem in public schools. This is going to wipe out our religious way of life like it did for all the Jewish communities in Europe. They listened to the government. They followed the rules. They did not fight the government. I am not exaggerating. Nothing is left from those communities. Our grandfather fought the fight and we did not change anything except what the ravs said was permitted. Once you get into assimilation you start learning things and it is not worth our lives. If you do not live a religious life, it is not worth our lives. We would rather die than live a secular life. We are here to fight it. We will not give in because this is our religion and G-d is above government.”

Naftuli Moster, the executive director and founder of Yaffed, an acronym for Young Advocates for Fair Education, is leaving his post at the end of the month. Moster, 36, grew up in Borough Park, Brooklyn, one of 17 children in a Yiddish-speaking chassidic family. He attended a Belz yeshiva where secular studies were limited. After his yeshiva studies, Moster attended Touro College, and then CUNY’s College of Staten Island. He earned a Master of Social Work degree at the Silberman School of Social Work at Hunter College in 2015. His education in his yeshiva focused mostly on religious studies, causing him several challenges applying for and studying at college. He is married, has two children and lives in New City, Rockland County.

Moster will be succeeded by Beatrice Weber, 49, a parent ambassador with Yaffed. Weber was raised in an Ultra-Orthodox Jewish community and was married off to a rabbi before graduating high school. Despite harsh opposition from the community and her family, she left her marriage several years ago and currently lives in Brooklyn with the two youngest of her ten children. Beatrice holds an MBA and an undergraduate degree in psychology and speaks and writes about women’s empowerment and education issues in the ultra-Orthodox community. In September 2019, she filed a lawsuit against her nine-year-old son’s chassidic yeshiva and the New York City Department of Education contending that he was not receiving an adequate education.

Moster thought the regulations were a good start but more needs to be done as the process develops.

“It is the least they (the Board of Regents) could do after receiving tens of thousands of complaints about kids being denied an education,” Moster told The Jewish Press. “It is a good step in the right direction. There are quite a few loopholes in those regulations that we believe still need to be closed. The test has to be administered by a third party to avoid potential impropriety. There could be school district officials or testing companies that could sometimes be doing this. It is not that unusual. The Jewish Education Project is one example of an outside firm that could administer the performance assessments. We have concerns around accreditation, registration, even the local school authority review is a little bit concerning. It could take years for an inspection by the local school authority to even happen. That is a bit of a problem. In an ideal world the state education department would have done more. They would have tightened the regulations and they could have started cracking down on the yeshivas that we know for years have been violating the law.”

“Given the way yeshiva leaders and charedi leaders in general, amplified by the modern Orthodox leaders, have hyped this up as though this is some war against charedi yeshivas, of course, it has stirred up a lot of emotions and people are fearful to the point where they almost think somebody is out to get them,” Moster said. “All of this sort of fear that exists in the charedi community around this issue is largely just the result of non-stop fear-mongering by charedi leaders and their media. What we are talking about is English, math, science and social studies. No one from our side is encouraging teaching about sexuality at an early age. We are really talking about the basics.”

Since many of the yeshiva teachers in charedi communities only speak Yiddish, the proficiency will be challenging.

“It is going to be broken English, broken math, broken science. It is going to be a process to come into compliance to be able to properly educate the next generation,” Moster said. “At the moment we understand there will be a rough period where teachers are ill-equipped and the children are learning from ill-equipped teachers. It is better to learn from a teacher with a broken English or grammar than to not learn it at all.”

The process to implement these regulations rolls out in its entirety over the next three to four years. 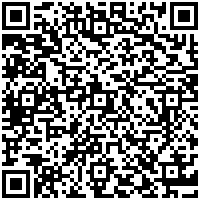