At the tail end of his mayoral stint (from 1994 – 2001), after the 9/11 attacks on the World Trade Center, Rudy Giuliani became “America’s mayor.” And throughout his time in office, he was known as the tough-on-crime mayor who cleaned up the crime-ridden streets of the Big Apple following his 1989 defeat of David Dinkins, the city’s first Black mayor.

Now Giuliani, 78, is taking aim at New York City’s second Black mayor, Eric Adams. In a freewheeling interview with The Jewish Press, the mayor unloaded on Adams and on the House Committee probing January 6.

“Adams’s poll numbers are sinking because he overpromised to the people,” Giuliani said. Then, in a mocking tone, Giuliani said of Adams: ‘I’m a law-and-order candidate. I’m going to support the police.’

“He comes in and crime is worse than under de Blasio because he’s not supporting the police,” Giuliani said. “He’s going to concerts, he’s going to shows, he’s wearing $4,000 suits, he’s got all kinds of bling that he identifies with. If crime was down 40 percent, I’d go with him.

“I worked my tail off. When I got the city moving and got crime down 15 percent and then 20, and then 25 and then 30 – I got it [as described in] Time magazine as the rotting of the Big Apple and four years later, the best example of urban Renaissance.

“I celebrated – but not before I did it. The tragedy, for me, is that I did not expect that Adams would actually see an increase in crime. I thought no one could do worse than de Blasio. We are now 40 percent higher with this ‘say one thing, do another.’ He promised us a plain closed unit to grab guns. All the civil rights groups complained so he put uniforms on them. You can’t get the guns if you put the uniforms on them. That’s what I’m talking about with the people who promise one thing and do another.”

“The first story was that four cops were killed during September 11. No cops were killed during September 11. Not a single one. The New York Times had to apologize for saying [Capitol police officer Brian] Sicknick was killed because of September 11. [The coroner’s report stated Sicknick, 42, died of natural causes after suffering two strokes.] The coroner’s report says that his death had nothing to do with September 11,” said Giuliani, who had a miraculous course correction during his remarks: “Yes, there was a person killed inside the Capitol. Only one. Her name was Ashli Babbitt. They never reported on her. She was shot by a Capitol policeman in a film taken by an associate of Antifa. It was paid by CNN to film it. An associate of Antifa who was also under indictment at the time CNN paid him for being involved with inciting a riot in Utah where somebody was killed. If you look at that video, if that doesn’t look like a setup, you never investigated a crime. By the way, the committee is not showing you that. They are hiding it.”

Giuliani also said the House Committee probing the January 6 riots on the Capitol is only telling one side of the story.

“The committee is a completely scurrilous, illegitimate committee,” Giuliani said. “There’s a whole other side to the January 6 hearing which you probably won’t hear about until the Republicans get control of Congress.”

The former mayor also pointed to what the film segment does not show the audience.

Giuliani, once accused of Russian collusion, is turning the tables on the House Democrats.

“Every single one of those facts, if that committee was anything other than an extension of Russian collusion with the same liars on it. When I look at that committee, I look at some of the biggest liars in the history of America,” Giuliani contended. “Adam Schiff had evidence of Russian collusion. Direct evidence. I don’t know, it must have gotten lost or he’s a big liar who tried to take down a lawfully elected president with false evidence. You have a strange committee there. You have a real incident which should have been investigated from both sides.”

Meanwhile, one longtime former supporter of Giuliani, former Assemblyman Dov Hikind, said he has followed the January 6 testimony through various media venues, but not glued to the television watching it live.

“Giuliani’s role is very, very sad. I supported Trump the second time. I was never a Trumpy but the video I made for him was honest about the good stuff he had done. I could understand people having problems, but nonetheless he was the better choice,” Hikind told The Jewish Press. “Trump lost the election and it wasn’t even close. That is a fact of life to me and to anyone who is not blind and takes the time and spends the time to really, truly look at it.”

Hikind said he does not believe Giuliani believes the words that come out of his mouth. Words such as: “Sixteen months after they engineered a fraudulent election of Biden . . . You don’t even have to go to county votes for fraudulent elections. You can go to censoring the news. They say I was telling the truth,” Giuliani said.

“I don’t want to think for a second that he really believes the crap that he’s been talking about,” Hikind said. “That Trump won the election and it was all cheating. I don’t believe for a second – I don’t think anyone with some brains believes that Rudy Giuliani believes that stuff. He’s too smart. His motivation could be that it’s politically expedient.”

“The Giuliani name among Republicans, the respect and the influence, has dissipated because of the crazy role he has played with the Trump administration,” Hikind said. “Rudy Giuliani has really been a person – and this is a brilliant guy – Rudy Giuliani, what he did for New York. People have forgotten what New York looked like and now New York looks even worse but that’s another story. He’s managed to make people forget all of that – his efforts on 9/11 and how he brought down the crime problem post-Dinkins. It’s just a sad commentary. He was a no-nonsense type of guy,” Hikind recalled of Giuliani during his mayoralty.

As for the mocking on late night talk shows, Giuliani maintains he is not bothered by the contemptuous jokes about him. The Late Show’s Stephen Colbert has brought a long-running series of scornful humor about Giuliani almost to an art form, as has the eponymous Late Night with Seth Meyers. Since 2018, Giuliani has been portrayed multiple times on Saturday Night Live by actress / comedian Kate McKinnon.

“He’s an easy target and he’s made himself an easy target,” Hikind said. “He may have thick skin but I don’t think it’s that thick. Sometimes the truth gets under your skin. Rudy’s a smart guy and he knows a lot of the stuff being directed against him they actually have a point. They may be laughing at him but it’s because he’s permitted that to happen. You can’t blame anyone for that except yourself. He’s opened himself up for that.”

When Giuliani’s son, Andrew, came in second place in a four-way primary, with 445,000 Republicans casting ballots, receiving 23 percent of the vote during last month’s gubernatorial primary, Hikind reads into this a sign of the Giuliani name being tarnished.

Hikind, 72, a conservative Democrat who now lives in the New York City suburb of Nassau County, said he is supporting Congressman Lee Zeldin for governor, as he did during the primary. Hikind represented the Borough Park neighborhood in Brooklyn for 35 years, from 1983 through 2018. 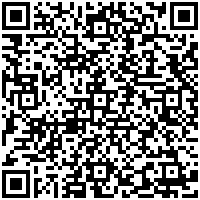