On a warm Sunday morning in the northern shadow of Grand Central Station in Manhattan, the Yale Club opened its doors to welcome the return of the first Met Council Legislative Breakfast since the outbreak of Covid.

Even before the gathering, the Met Council on Jewish Poverty boasted the title of being the largest Jewish agency dedicated to fighting poverty. This year, with the distribution of over 40 million pounds of food to approximately 305,000 people since the outbreak began, Met Council was named the largest kosher food bank in the world and one of the largest food banks in America. Sunday saw hundreds of political leaders, philanthropists and community up-and-comers fill the 20th floor banquet room to celebrate Met Council’s success, and also to embrace the theme of the moment: “Hate Has No Home Here.”

David G. Greenfield, CEO of Met Council had other things to boast about, including the creation of a first-of-its-kind home delivery program for Holocaust survivors, and providing food and resources to 20 halal food pantries servicing the Muslim community during the pandemic. Greenfield pointed out that New York statistics show that 25 percent of Jews and 30 percent of Muslims in the city are classified as low-income.

“We are now bigger and better and more effective than ever in our 50-year history,” Greenfield told the attendees. “We understand that without [the support and partnership of] government and our elected leaders, there’s nothing we can do.” On the theme of the evening, “Hate Has No Home Here,” which was printed boldly atop every banner, brochure and pamphlet throughout the banquet hall, he said, “I think that we have seen that whether it’s a supermarket in Buffalo… or a synagogue in Pittsburgh, hate is hate is hate; it impacts all of us. And we need to be honest. The truth is, if they hate the Jews, then they hate the blacks, Asians [and every other group]. In New York – we are a melting pot and we need to stand up and say (to hatred) not on our watch!”

“When this community needed you to step up and to feed people of all faiths, you never backed down,” said Kathy Hochul, governor of New York State. She was there in part to introduce Kathryn Garcia, New York State director of operations, who was one of the recipients of Met Council’s “Fighting Hunger” Award.

“But I must now speak about something else,” she continued. “Back in my hometown of Buffalo, one week ago I was still consoling the families who lost their loved ones for doing nothing other than shopping at a grocery store in one of the toughest neighborhoods.” Hochul went on to chastise the social media platforms for providing “unfettered access to hate speech, antisemitism and racism,” which she suggested may have given place to the “the seeds of hate that were festering in the mind of an 18-year-old,” referring to proclaimed white supremacist Payton Gendron, who appeared in court last Thursday and is charged with the slaughtering of 10 people in a Buffalo supermarket.

“He went to that zip code in Buffalo because he determined it had the highest percentage of black residents of anywhere near his home,” Hochul said. “He drove three hours and 15 minutes. You know what’s three hours and 20 minutes? Right here (Manhattan).”

Former New York Republican mayoral candidate Curtis Sliwa shared his take on the Buffalo tragedy with The Jewish Press, saying the problem is that “we’re not addressing the real issue and government is reacting not pro-acting, and it’s been that way for a long time – with Republicans and Democrats. When you have (for example, sports) celebrities making antisemitic comments and they are not challenged, it filters down to young people and they start to believe it. So even when these celebrities realize they made a mistake – if they don’t amend their comments, it perpetuates the problem.”

“Poverty has no race or religion… Met Council serves anyone who enters their doors,” said N.Y. Attorney General Letitia James, who was commended by another speaker for her historically close ties with the Lubavitcher community in Crown Heights, Brooklyn. “It’s important we remember the work of Dr. Martin Luther King, Jr. – that all of us are drum majors for justice, peace and compassion.”

Sheena Wright, the first woman ever to serve as president of United Way of New York City, now serving as deputy mayor of Strategic Initiatives in the Adams administration, said this of Mayor Adams’s commitment to Jewish safety during his tenure: Mayor Adams “has been a steadfast partner and supporter of the Jewish community for many years …and will continue to do so.” Mayor Eric Adams, who was not in attendance, marched in the Israel Day Parade later in the day. Deputy Inspector Richie Taylor, the highest-ranking yarmulke-wearing Jewish member in the NYPD, assured The Jewish Press of Keechant Sewell, New York’s first Black female police commissioner, “Commissioner Sewell has been absolutely present and visible in the Jewish community. She has been at the forefront of tackling head-on the threat of crime and violence targeting our community, and the same can be said about the mayor. We have no better team to address these issues.”

Popular Jewish media icons were also present at the event. “I’ve been (coming to these breakfasts) going back 30-something years maybe more,” radio personality Zev Brenner told The Jewish Press. “I love the unity you see here today,” said Elliott Gordon, online host of Elliott Gordon Presents. “We have a problem in our community and in the world to lean towards divisiveness. But here everybody is together; Republicans, Democrats and Independents, having coffee and danishes, and we find out we like each other.”

Representatives from Israel also came to pay their respects to the mission of the 50-year-old organization, and to test the political waters between the U.S. and Israel. “The councilmembers we’ve met with and the N.Y. Senators all seem very supportive [of Israel],” Knesset member Inbar Bezek, of Israeli political party Yesh Atid, told The Jewish Press. “But I feel the general atmosphere in the U.S. is less positive because the press is showing an imbalance of imagery of what is going on in the Mediterranean. The U.S. press mainly shows that Israel is the attacker and the Palestinians are the victims. The truth is more complex. But it feels like the leaders we have met with are very supportive and that was a good surprise.”

“One of the things I was proud of when I worked for President Trump was the Abraham Accords and the moving of the embassy to Jerusalem, things that were accomplished against all odds.” Andrew Giuliani, son of former N.Y. mayor Rudy Giuliani, said when we asked about his views on Israel.

According to the Met Council website, in 1972 two major academic studies on the growing number of impoverished Jews in New York City were released. They estimated that the number stood at approximately 300,000 people. These statistics prompted the formation of the Metropolitan New York Coordinating Council on Jewish Poverty, with support from the American Jewish Congress and the Federation of Jewish Philanthropies of New York. Today, in addition to its kosher food bank network, Met Council provides an array of services to Jews across New York’s five boroughs, including crisis intervention, family violence, access to benefits, holocaust and geriatric and affordable housing services. 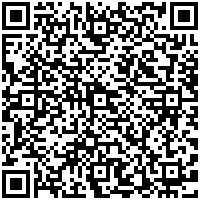