Home Features Features On The Jewish World Mendy Sacho – Designing Fashionable Kapotes
Share on Facebook
Tweet on Twitter
When one thinks of kapotes, the traditional long suit jackets worn by married Lubavitcher chassidim, one doesn’t automatically think of the cutting edge of fashion. Yet Mendy Sacho, a 25-year-old Lubavitch tailor in Toronto, Canada, is pushing the garb into the spotlight.
After all, it doesn’t get more fashion-forward than the New York Times fashion magazine. The publication recently profiled Sacho, originally from Johannesburg, South Africa, in its Fall Men’s Fashion issue after a reporter came across his active Facebook page for Sartoria Sacho, the name of his custom clothing business.
Sacho, whose father owned a men’s shoe store in Johannesburg, said he always felt an affinity for fashion. While his friends tended to wear the typical black and white garb of yeshiva bochurim, Sacho gravitated toward a slightly more atypical look – always within the bounds of tzniut (modesty) but with a funky spin.
As an 18-year-old bochur in Crown Heights, Sacho walked into a men’s hat store one day and asked if they needed any help. The assistance he offered there turned into a successful job shaping hats, conducting fittings, and serving as a de facto “personal stylist” to various customers once they got wind of his keen sense of style.
When men’s accessories like ties and cuff links were added to the store’s inventory, Sacho only continued impressing customer – and his boss – by expertly pairing up different items and offering his opinion on what suited each person best. When the store began a custom clothing business as well, Sacho was essentially running the show, involved in all aspects of design, measurements, and fittings.
“I started designing kapotes, a popular item in Crown Heights, coming up with new twists on the basic fashion,” explained Sacho, who places brightly colored or paisley linings inside his kapotes. “And from there, I began my own custom clothing business.”
Just as Sacho’s new business was getting off the ground, he was set up with a Canadian woman named Masha, whom he soon married. “She then schlepped me back to her hometown of Toronto,” quipped Sacho, “which was a bit challenging, as I was just making a name for myself in New York.”
Still, enterprising as ever, Sacho set up shop in their new home, slowly building up a client base. One of those clients was a man by the name of Matisyahu – perhaps the only mainstream artist with a Top 40 hit single (“King Without a Crown”) and kapotes in his closet. Sacho has designed several custom-made kapotes and suits for Matisyahu, and was commissioned to design a kapote for Matisyahu’s 311 concert appearance in Atlantic City, NJ.
“Knowing Matisyahu, and being able to be backstage at his concerts, have helped connect me to several influential people in the music world, who are well-connected to people in the business and fashion worlds,” explained Sacho.
One contact he has made is now investing in a storefront in Crown Heights, Sacho’s old stomping ground, where his kapotes are sure to become a must-have item by many in the neighborhood, once the store opens sometime in late fall. Sacho plans to travel back and forth between his two businesses, devoted to making the clothes himself, though he admits that hiring an additional tailor will soon be necessary.
The buzz that has generated in the mainstream fashion world has no doubt helped him secure many a non-Jewish client. In fact, Sacho estimates that more than 25 percent of his clientele is not of the Jewish persuasion and unaware of the kapote‘s place in the chassidic world. For these clients, Sacho generally designs suits or shorter-length kapotes. “After all,” commented Sacho, “the cut of a kapote is very similar to that of a tuxedo. Many of my non-Jewish clients come to me via referrals from their Jewish co-workers, as well.”
Explaining his unique career path, Sacho said, “I always had an interest in men’s clothing, which is what prompted me to walk into that hat store in the first place and try to make a job out of a hobby. Since I was a kid, I’ve been dressing just a little differently from my friends, and using my hands to create things that people can be proud to wear. Now, that interest is fashion has translated into a career for me, for which I am so grateful.” 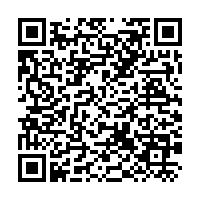