In contrast to the reported 1,500 mikvehs in Israel, the United States has approximately 300. Interestingly, a good number of mikvehs in America date back more than one hundred years.


The first mikveh built in what is today the continental United States was that of Congregation Shearith Israel in approximately 1655 in lower Manhattan (then New Amsterdam). Rabbi David and Tamar De Sola Pool, in their An Old Faith in the New World (Portrait of Shearith Israel 1654-1954), write that “In the early days, it was the synagogue alone which had the ritual bath to which the Jewish woman could go.” The authors note the kehilla in 1791 was making use of five buildings, one of which was the ritual bath.

Presently in Israel, the Vaad Hamikvaos, literally the “Committee on Mikvehs,” oversees the design, construction, and maintenance of mikvehs. The Vaad, under the direction and scrutiny of universally acknowledged Torah giants in Israel, is staffed by eighteen kollel members who devote themselves exclusively to the study and implementation of hilchos mikvaos.

The disparity between the number of mikvehs in Israel and the United States is discomforting. Traveling long distances to use a mikveh, though accepted in America as a fact of life for those who live outside major Jewish population centers, is just not tolerated in Israel. Every community in Israel with observant Jews – even communities populated by “traditional” Jews – strives for and demands to have a kosher mikveh within reasonable walking distance.

The kashrus of older mikvehs, such as those found outside the Jewish population centers in the U.S., are assumed kosher in accordance with poskim such as the Rosh and the Rema, who maintain that mikvehs are built only by those who have expertise.

However, the Satmar Rav, zt”l, in his Divrei Yoel, suggested that principle is not applicable in the U.S. since individuals not proficient in the relevant laws could easily have played significant roles in the building of mikvehs here. And with the passing of time (sometimes a century or more), the maintenance and repair of mikvehs may well have become the province of local handymen unfamiliar with hilchos mikvaos.

As an interesting footnote to this discussion, I searched through my library and found a rare copy of a Yiddish pamphlet titled Mikveh Yisrael, published in about 1920 (available on hebrewbooks.org), authored by Rabbi Dovid Miller, zt”l (1869-1939), then residing in Oakland, California. Ordained by leading European rabbis, including Rabbi Isaac Elchanan Spector, zt”l (1817-1896), chief rabbi of Kovno and author of Be’er Yitzchok, Rabbi Miller came to this country in around 1890 and served as rav at congregations in New York City and Providence, Rhode Island, and later resided in California.

The learned and innovative author recommends, and provides detailed plans on, building home mikvehs with what might well be called Yankee ingenuity. In a space slightly larger than two feet wide, four feet long and four feet high, a mikveh, according to the author, can easily and discreetly be built in a bathroom or closet, in a basement or on a high-rise floor. All necessary supplies are listed and specific instructions on how to fill the mikveh are furnished, as well as instructions on how to release the water from the homemade mikveh.

The author felt that with the immediate availability of home mikvah use, Jewish marital laws would be more widely and more carefully observed. Modesty would be maintained by keeping mikveh use private. The cost of building such a mikveh would be inexpensive, giving every family the opportunity to have its own in-home mikveh.

In addition, the author describes a meeting at the Chicago home of Rabbi Elbaum at the time he received the written approbation. On that occasion, he writes, he also obtained the consent of Rabbi Sholom Mordechai Silver, zt”l (d. 1925) of Minneapolis, Rabbi Horowitz of St. Paul, Rabbi Deidtzik of Des Moines, Iowa, and Rabbi Kordon of Chicago.

The idea was great. There was, however, a “catch” – namely, the question of using tap water. The author maintained that city tap water comes from reservoirs fed by rivers and/or springs and is therefore acceptable for use in a mikveh. Despite the approbations he received from the aforementioned great scholars, the author’s proposal was not accepted by the overwhelming majority of poskim of the time, nor by those of subsequent generations. 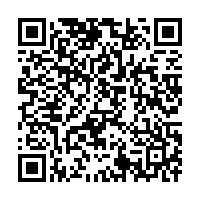