Immediately after Shacharis on Monday, February 6, Rabbi Aaron Teitelbaum, Satmar Rebbe, taught a chapter of Tehillim to his students. At the close of the session, the Rebbe took leave and headed toward Newark Airport, on his way to Israel. The Rebbe, together with his escorts, conducted Minchah in an airport VIP room, after which he boarded the plane.


On Tuesday morning the Rebbe arrived in Israel. He was greeted by a delegation of Israeli Satmar leaders. After Shacharis, he was visited by the son of the Sadigura Rebbe, as well as by the Boyaner Rebbe, dressed in Shabbos clothing, who invited the Satmar Rebbe to his daughter’s wedding later that day.

The Rebbe then visited with Rabbi Shmuel Wosner, author of Shevet Levi. Leaving Rabbi Wosner, the Rebbe headed to the Satmar Beis Medrash in Bnei Brak for the kabbolas panim for the Meisels-Beer (Satmar-Ratzfert) wedding, for which the Rebbe came to Israel. The Rebbe was accompanied by family and a select few chassidim who make significant contributions toward supporting Satmar institutions, particularly those in Eretz Yisrael.

Upon the Satmar Rebbe’s arrival at the kabbolas panim, the paperwork was immediately begun. The traditional tanaim (engagement document) was immediately drawn up, signed, and read aloud. This was followed by the preparations of the kesubah. After the chuppah, participants were taken by bus to the Ganei Atzulah Hall in Petach Tikva where the wedding meal was served. On the way, the Rebbe stopped at the Boyaner chassunah to wish mazel tov.

Late Wednesday evening, the Satmar Rebbe traveled to the Telz-Stone neighborhood of Jerusalem, where Rabbi Yesochor Dov Rokeach, fifth Belzer Rebbe, maintains a home away from home for rest and relaxation. The much-anticipated meeting of the two rebbes included warm discussions about their chassidishe predecessors. That evening, the 23rd of Shevat, was the 118th yarhzeit of Rabbi Yehoshua Rokeach, zt”l (1825-1894), second Belzer Rebbe, and a lengthy discussion ensued regarding his minhagim.

The two rebbes spoke late into the night. When the Satmar Rebbe left, the Belzer Rebbe ushered him to his waiting car, a great honor among chassidishe rebbes.

Beis Medrash Beis Binyamin at 2913 Avenue L, an Agudath Israel minyan in Brooklyn, enacted alcohol restrictions in response to two occurrences that resulted in Hatzolah calls on Shabbos for alcohol-related incidents. In both cases a youth had over-imbibed and was adversely affected. The youths reportedly were from outside the shul and had been “cruising” for simchas where, traditionally, alcohol is available.

Bikur Cholim of Antwerp was organized several years ago as an impromptu organization without any official recognition or registration and without any municipal or governmental authorization. It simply began its work of helping patients of hospitals as well as attending family members. Nor did anyone seek any endorsement from any health ministry.

Several months ago, the directors, seeking to expand their services, applied for official recognition. This, they realized, would facilitate bikur cholim volunteers in communicating with doctors and hospital staff and thereby be of greater significant service. The Ministry of Health dispatched a review committee to familiarize themselves with Bikur Cholim’s activities and functions, including training, funding, and bookkeeping. Impressed with Bikur Cholim’s mission, volunteers, productivity, and success, the Ministry of Health’s review committee quickly granted official recognition.

This will enable bikur cholim volunteers to gain greater cooperation from hospital bureaucracies on behalf of patients and their attending family members in Antwerp, as well as in Brussels, Gent, and Leuven, where large observant communities are found. 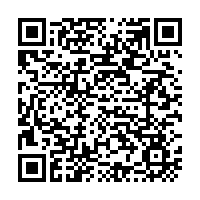