When a parent dies one of the things done during the year long mourning period is to say Kaddish. This is usually done by a son. The idea behind that is to build up Zechuyos (merit) for the Niftar (the deceased).

The reason we do that is based on the idea that most people do not live a sin free life and before one merits his final place in Olam HaBa, the soul has to go through a ‘cleansing period’ whereby it pays for sins it committed during its brief stay in the body. By doing things in the merit of the Niftar it is hoped that the punishment it gets during this ‘cleansing period’ will be reduced.


This is a universal practice in Judaism. No matter how great – or not so great – the deceased parent was, assuming he was not a Rasha the practice is to say Kaddish for the same amount of time (11 months. Saying Kaddish for more than 11 months implies that the deceased was a Rasha). Why Kaddish was established as opposed to other ways of bringing merit to the deceased is beyond the scope of this post.

The question arises as to whether a woman can say Kaddish for a parent. There are differences of opinion about that. I am not here to Paskin. That is beyond my pay grade. But I believe there are Poskim that permit it.You would think that a woman saying Kaddish for a parent in Shul was tantamount to using profanity the way some people react to it. That is not OK. From a letter submitted to JOFA:

No, you can’t say kaddish because you’re a woman… Shh! Why can’t you keep your voice quiet!? We can hear you over the mechitza!… [The silence when no one says amen to my kaddish recitation]… You know, it doesn’t actually count when a daughter says kaddish… Couldn’t you get your husband or father to say kaddish instead?… It would be much more respectful if you didn’t say kaddish… Is there a man who is REALLY saying kaddish for your mom?

No one has a right to criticize any woman for saying Kaddish for a deceased parent. No matter what their opinion is about the permissibly or effectiveness of it. To say the things said to one such woman contained in this letter (reproduced above), is not only insensitive, but in my view a disgusting psychological abuse of another human being. An abuse of the type Chazal had some very harsh words for: Kol HaMelaben Pnei Chavero B’Rabim K’ilu Shofech Damo! Embarrassing some one publicly is tantamount to murder.

Kayla Jacobs submitted this letter as a reason for needing JOFA – the Jewish Orthodox Feminist Alliance.

I submit that she does not need JOFA for that. I am not a member of JOFA and I am as outraged by such comments as she and any Orthodox Feminist is. Justifiably so. But do we really need a Feminist organization to protest this kind of insensitivity on the part of some ignorant people? Or do we need common sense?

What kind of human being would insult a woman who is expressing the best way she knows how her mourning for a parent?

I do not see this as a feminist issue at all. This is a human issue. And if there are more than a few people in the religious world who are like this, the fault lies in the Chinuch they get. Either in the home or in the school. Or both.

Not that they aren’t entitled to their views with respect to who gets to say Kaddish and who doesn’t. Honorable people can disagree about that. But in how to treat a fellow human being. Especially one who is suffering the loss of a parent. The disgusting comments contained in that letter is not how that is done. Those kinds of statements can only lead down a different road. One that will require offspring to say Kaddish for more than 11 months. 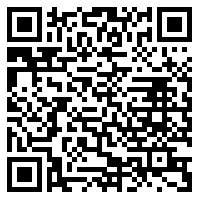