Since suffering from colitis as a teen, I finally adopted a strict diet in my 30s that ended my torment. It wasn’t easy to forgo white flour, white sugar and all chemical additives, but it meant that I spend the last 40 years pretty much free of doctors, medications and illness, thank God. Thus, I was surprised when two weeks before Rosh Hashanah, I began to experience increasingly severe stomach discomfort – until I was barely able to move. Despite what I was soon to endure, it helped greatly to focus on the moment-to-moment miracles. For example:

Miracle #1: My son Moshe, who is one of the busiest people on the planet, called on a Wednesday night to say, “I have a free morning, so let’s finish your new set of Sanity Cards,” a project to help children deal with stressful events in a positive manner. Miraculously I had no clients that morning, which is usually a busy time, and miraculously he has never before called with such an offer. So I immediately agreed. He came promptly at 10 a.m., as promised. His presence helped distract me from the pain, which I was sure would soon fade.


Miracle #2: We finished around 10:30 a.m., when he said, “Mom, this is ridiculous. You’re in too much pain! Get a doctor.” I promptly called the service that sends doctors to one’s home. The clerk at the health fund said that the doctor could not come until 3 p.m., but less than half an hour later, he showed up unexpectedly. After a brief examination, he promptly sent me to the emergency room.

Miracle #3: Since my son was with me, he was able to drive me to the hospital. He also stayed with me most of the time – returning home at 2.am.

Miracle #4: After sitting in terrible pain in the emergency room, a bed finally became available at around 3:30. I was able to lie down, which I hadn’t been able to do before, and was given an IV, which included a pain reliever. At 5:30, the results of the CT finally came back. A group of doctors determined that I had a massive infection, as well as three large blood clots near my pancreas. The nurse told me to not move around, as things looked grim. But I was relieved that there was no obstruction, as my greatest fear was that I would need to undergo intestinal surgery.

Miracle #5: I was given antibiotics and heparin intravenously to dissolve the clots. I was told not to move, lest the dangerous blood clots travel to my lungs or brain, God forbid. As I looked at the bags hanging from the poles, I thought to myself, “This is how I need to feel Hashem’s love, as if it is flowing into my veins 24/7.”

Miracle #6: At 2 a.m., I was transferred to the hospital ward. Although my roommate was having a hard night, her husband was the sweetest person imaginable, constantly soothing her with words of reassurance and helping her with all the little things a person needs right after surgery. Thus, the energy was very positive and loving. I was grateful that there were only the two of us and grateful for buttons that allowed me to adjust the bed myself.

Miracle #7: The next day my son brought me lots of reading material, including all the Mishpacha magazines that I hadn’t gotten to and a book I had been wanting to read for months – that he just “happened” to find. I was soothed and inspired during the long nights.

Miracle #8: On Friday afternoon, at around 3 p.m., a group of ten young men with guitars, flutes and drums entered my room singing Shabbos songs. They even asked for my favorites. Pure Gan Eden! After they left, a chassid walked in with a sweet two-year-old who was holding a basket of taffy candies. Her father motioned to her to give two candies to each patient. What a lesson in chesed! I disposed of the candies, as I do not eat sugar. But her smile will stay with me forever.

Miracle #9: At around 5 p.m., my brother walked in with a box of grapes, which I had asked him to bring – just in case I could eat something. Since my daughter, who insisted on coming to visit, had gotten mixed up and had gone to Ein Kerem hospital instead of Shaare Zedek, we had time to talk, which was important to us. 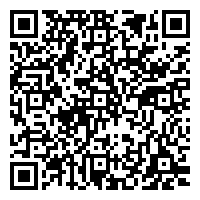