We at Dor Yeshorim saw your response to the recent letter about our program and appreciate your thoughtful answer.

As you stated, we have upheld our rules for over 29 years, and as you discerned, the rules are based on experience and care. While some would accuse us of being self serving, we would only point out that serving the program to make sure it works as well for future generations as it works today would be described as “serving klal Yisroel.”

Due to genetic screening and shidduchim being such sensitive issues, you can imagine how someone who doesn’t understand why we have a particular rule would tend to believe that there couldn’t be a good reason for it. Rather than go through all the reasons for the many rules the program must impose, we would like to ask that Torah observant Yidden at least give us the benefit of the doubt – even if they cannot “think favorably” – and assume that in light of our vast experience and knowledge of our program, we are doing the best we can, in their best interest and in the interest of klal Yisroel.

With regard to your reader’s specific concern, please know that it pains us not to be able to break the rules for him, but the program’s integrity and its confidentiality for all participants are at stake.

If you have any questions, please don’t hesitate to contact me.

Marijuana: A menace in our midst

With sadness and distress, I wanted your opinion and advice about the terrible predicament – the rise in marijuana abuse within the frum community. I believe that this abuse has come about due to the mistaken notion that the use of marijuana is, firstly, not against halacha, and secondly, not harmful to one’s health. While to me it seems obvious that both of these notions are completely wrong, I feel that many find being a Torah Jew and drug addict not contradictory.

The use of marijuana is a violation of halacha. As Rav Moshe Feinstein zt”l writes in Igros Moshe, Yoreh De’ah Vol. 3, Siman 35: “smoking marijuana is in violation of many of the basic laws of our Torah.” He explains that marijuana (1) causes physical harm to the person, (2) mentally affects the person by destroying the mind (one cannot properly perform any mitzvos, and doing them mindlessly is considered as if they were not done at all).

Rav Moshe also explains that a marijuana abuser has similar attributes to a Ben Sorer U’Moreh (the rebellious son), since they cannot control their addictions. He also sees marijuana abuse as a violation of the mitzvah of Kedoshim Ti’Hiyu (You shall be holy) and the mitzvah of Kibud Av v’Aim (respecting parents).

Marijuana is very harmful to one’s health as it damages the cells in the bronchial passages which protect the body against inhaled microorganisms and decreases the ability of the immune cells in the lungs. Regular smoking has been shown to weaken the smoker’s various natural immune mechanisms, affecting the body’s ability to defend itself against infection.

As someone who knows many Torah Jews who justify the abuse of marijuana, I was curious what we as individuals can do about this horrific plight. I realize that your column is a forum for important issues facing our community, and it has been a source of inspiration and help to many in need.

What do you think is the most effective way to combat this pervasive problem facing the young Orthodox Jewish community?

You certainly have right and reason to be concerned. As you so persuasively point out, the habit of smoking pot is detrimental to one’s physical and mental wellness. Are our young smokers aware that the cannabis plant contains over 400 chemical compounds and that use of its dried flowers, leaves and stems (marijuana) is known to affect not only their brains but their lungs as well — that marijuana smoke is more than twice as carcinogenic than cigarette smoke? 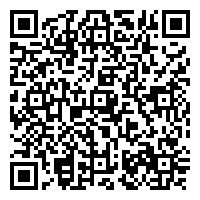