Light In The Darkness

Over the last few weeks you published letters that were filled with vitriol and criticisms as readers took issue with parents whom they view as being not caring enough of their children’s eating habits, or with adults who spend lavishly on mishloach manos or simchas, and on and on.

I have a different story to put out there, one that demonstrates true ahavas Yisroel and caring. The devastation wrought by Hurricane Sandy seems to have brought out the best in and among us.

The Five Towns and Far Rockaway were especially hard hit by the storm, and when I urged my children who live there to come out to us in Monsey where they’d enjoy light and warmth, they answered simply, “You won’t be able to fit us all in.”

I soon learned that my son and daughter-in-law ,who were without electricity or hot water since day one of the hurricane, had opened up their home and hearts to a family of nine from the Bayswater area who had even less — for their own home had become inhabitable.

When I questioned how they could possibly accommodate all these extra people, my daughter-in-law answered that some of my grandchildren had given up their bedrooms and joined mom and dad in the master bedroom for the interim.

My curiosity was piqued; without working refrigerators and ovens, how did they manage to feed such a brood? My daughter-in-law could not say enough about the magnificent outreach of their local Chabad that was providing hot meals daily, clothing items and blankets to make life more tolerable in the cold indoors, as well as programs at the Chabad center to keep younger children entertained.

You hit the nail on the head, Rachel, when you said in a recent column, “We are creative and enterprising, compassionate and giving, and family oriented.”

Many of us have been grossly inconvenienced, to put it mildly, by nature’s latest whoppers, beginning with Hurricane Sandy. In my neighborhood many families opted to leave their darkened homes and move in with relatives who had not lost power or had it quickly restored.

This has left empty houses vulnerable to looting since alarm systems are disabled, and sadly many a homeowner has returned to find their premises broken into. If this is not adding insult to injury, I don’t know what is. But more horrifying yet has to be staying put and realizing in the middle of the night that a burglar has let himself in with the help of the blackout.

I am reminded of an incident a close friend of mine experienced many years ago. Those were the days when many households made do with fans in place of air-conditioners. One summer Friday night my friend was suddenly awakened from her sleep and opened her eyes to the sight of a stranger standing in the doorway of her bedroom.

She froze as her heart raced wildly, while her husband was fast asleep in his own bed. She thought of just closing her eyes and pretending to be asleep but feared that the intruder had already noticed her waking and would approach to do her harm.

Almost as naïve as the man in the White House who believed that if he’d make nice to our enemies they’d become our chums, my friend rationalized that if she’ll speak softly to the lowlife he’d certainly have no reason to want to hurt her. Pulling her covers up to her chin (this being a sweltering August night, she wasn’t very tzniusdik’ly attired), she sat up and asked, “Who are you?” with wide-eyed innocence.

Must have been the last thing he expected, because the intruder turned on his heels and ran. That’s when she first alerted her husband and they both got up to check on things and make sure he was really gone. It turned out that the burglar had entered through a small space over the kitchen counter. By early the next morning a neighbor had found my friend’s emptied pocketbook discarded in her yard; her awakening had apparently interrupted the intruder’s poking around in their bedroom.

On Motzei Shabbos the young couple made out a report at the local precinct house where the officer on duty told my friend that her daring move was unwise and that she was lucky not to get hurt. The best thing to do in such a circumstance, he advised, is to pretend to be asleep. Desperate thugs can be dangerous when confronted. 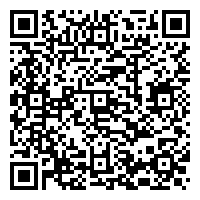