I never thought I’d be writing my story, let alone to a newspaper column, but I feel the need to back up your statement to Unfaithful (Chronicles 2-19-10). In your response you let him know that “a legion of women who have traveled down that road will corroborate that to set oneself up for almost inevitable pain and heartache is indeed baffling.” Well, sad to say I’ve traveled down that road, have had a million and one regrets and am baffled.


That I once entertained the idea that “he” would leave his wife and children for me is beyond my comprehension.

We actually first met as teenagers and “fell in love.” Though we lived miles apart, we maintained contact by corresponding (in longhand – cells and texting were non-existent then) and by spending hours talking to each other on the phone. Because of our young age, our parents were against the relationship, though they did not protest too much being that we didn’t get to see one another too frequently.

As the years went by, I had not a doubt that we were meant to spend the rest of our lives together. And yet by the time things could have feasibly worked out between us, he had moved even further away and we gradually lost contact. Eventually I heard that he had married. I still carried some feelings for him in my heart but did not dwell on them much, since, as they say, out of sight, out of mind.

But one day I discovered that he had moved back and settled in our town. When we ran into one another, it was as though the years melted away. The sparks flew, on both sides obviously, and we started to “see” one another. Stolen moments, they call it. But at the time, I was high on what I considered to be “true love.”

I knew it was wrong but I justified that in the name of true love it was right. There is no way that his wife couldn’t have known something was amiss in their relationship, and I did feel for her, but not enough to end the excitement of our affair.

Was I in it for the fun of it? No way! I was convinced that he loved me and believed him when he said “more than he ever loved anyone else.”

Was I satisfied with having him only when he could sneak away from his work and family, and to never spend a Shabbos or holiday together with him? Absolutely not!

But I lived with the constant hope that he would leave his wife one day soon and marry me. When I think back, I can’t even say with certainty that he ever made that promise to me verbatim, though he never said he wouldn’t.

When a couple of years had passed and things remained status quo (except for the increase in the number of his children), it began to dawn on me that he would never abandon his beautiful family. I was slowly beginning to realize that I was a convenient pastime; sure he loved me, but not enough to turn his neat little world upside down. At first he would say, “maybe when the kids are grown” and much later in our relationship, “I can’t think of ever hurting my wife that way.”

I began to wonder whether he wouldn’t have cheated on me had I been his wife. I wanted desperately to believe in him and in a world of fantasy, where my knight in shining armor swoops off his white horse to rescue his damsel in distress – me.

With a shattered heart and rivers of tears, I finally said that’s it, no more. The pain was excruciating.

Over the years I’ve chastised myself for having given in to my heart’s desire and for transgressing G-d’s laws. Even though ours was not your typical “married man meets married/single woman and they have a fling” thing – there was a history to our relationship – I am aware that this doesn’t justify anything. Like you say, there simply isn’t any justification. (For personal reasons, I have chosen not to disclose whether I was single or married at the time – which is irrelevant to my message.)

I am not trying to place blame on somebody else for my wrongdoing but do harbor resentment in my heart for him, for dragging me down along with him. I feel that as a man, and a supposedly learned one at that, he knew better. While I knew deep inside that our relationship wasn’t right, I was ignorant of the specific laws and ramifications as they relate to such behavior, while he surely was more than fully cognizant of them. It’s one thing to choose to consciously hurt yourself, and quite another to take somebody else along for the ride.

Forbidden pleasures, I might add, come at a very high price. With the passage of time, one can clearly see G-d’s meticulous retribution; there is a cheshbon for everything. Let’s just say nobody gets off scot-free. I do teshuvah every day; not one day passes when I don’t feel regret over that unfortunate period of my life, and I hope and pray that Hashem has by now forgiven me.

I can only caution others who harbor similar dreams to mine: it’s only a dream. Unless he is already separated and you know for a fact that a divorce is imminent, it’s not happening. He will never leave his wife and family, who are his pride and joy – regardless of all his declarations of love for you. (And if you too are married, by virtue of your illicit relationship you are forbidden to one another in marriage.)

Don’t be fooled! No matter how much he professes to care for you and love you, you are only his mistress. Don’t set yourself up for inevitable pain and heartache! He is not worth it, and you deserve better.

Dear Older,
Your message is a powerful one and those who need to hear it are more given to heed the words of someone who’s “been there.” In the merit of unburdening your heart and baring your pain with the hope of reaching others who may learn from your experience, may Hashem grant you menuchas hanefesh and a happy and fulfilling long life. 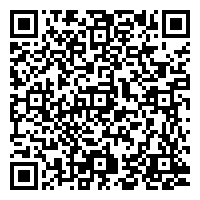