The woman who wrote about her grueling high-school agenda evoked memories of when I would be up nights memorizing stuff (that I’ve long since forgotten), only to find out later that other girls in my class, who knew far less than I, managed to achieve higher grades.

How? By breaking into the office and making copies of all the Hebrew finals. (I kid you not!) All they then had to do was study the answers to the questions they knew would be asked – and they were home free. They told me only afterwards since they feared that after all the studying I’d done I might be tempted to turn them in. They were wrong on that one, however, I was plenty peeved at having been left to do all the hard work when I could have just breezed through the exams as they did.

I picked up other ways of cheating the system along the way, but I’ll refrain from revealing more in order not to spoil it for current students, who surely have some of the same tricks up their sleeves. Seriously, administrators and principals of these schools are fooling themselves. These classes are a waste of a girl’s time. Why not utilize our precious growing years by teaching us things that would be far more useful to us down the line? How about communication and organizational skills to start with?

By no means am I trying to minimize the importance of learning Torah. I just take issue with the method and the extreme. Talk to us in our language. Make us live and breathe the stories that comprise the weekly parsha instead of confusing us with complicated inyanim and making us sweat before finals. Entice us with the beauty of our history so that we thirst for more – rather than dread being quizzed.

I concur; could have done without… Dear Rachel,

Looking back, I have to say that I am not unhappy about the heavy-duty studying we were made to do in high school. To begin with, I feel it was a powerful mind-trainer.

Furthermore, in my married life there’ve been times when I’d have found myself lost had it not been for the considerable learning I did back then. For instance, many of my friends and I feel that men are not as well versed in halachos as they should be, especially in those that deal with the home and kitchen. Besides, they are not always available during the day when questions may arise.

All in all, it’s made me a more confident individual and homemaker. If you ask me, I could have done without biology, chemistry and geometry class.

A satisfied BY Grad Dear Rachel,

The letter written by a Bais Yaakov graduate reminded me of the time I used to work the night shift at a local Boro Park bakery that was in the vicinity of a popular BY high school. In their frustration, girls cramming for exams would come by desperate for help in deciphering some of the “deep meforshim” that were obviously over their heads.

My being chassidish may have had some bearing on their confidence in my ability to assist them. Frankly, I found it unbelievable that girls were being made to learn things that would be totally useless to them in their future lives. What a waste of time! I can only guess that the main reason this happens is to provide teachers with an income.

Regarding the letter in your column of Dec. 23, I would like to ask the writer if she has parents. I think she should be very grateful for the excellent education she received, while the items she feels were missing are things that I would expect her to have learned from her mother and/or her grandmother.

No school can teach a girl how to cook, bake and care for children and a home better than her own mother. Creating a Jewish home is learned at home. These are some of the things that mothers pass on to their daughters, whereas the things that were taught in school give them a fine foundation to be true mothers in Israel.

A proud husband of a BY graduate Dear Rachel,

As a grandmother who went to high school in Europe and missed out on the privilege of obtaining a Bais Yaakov education/chinuch, I must disagree with the young mother who considers it as having been a waste of her time.

With the type of secular stimulus out there today, it’s a good thing our girls are being intellectually nourished in such a wonderful way. If they weren’t, they’d be more likely to seek out mental stimulation from unorthodox sources. 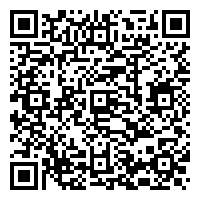