There was a time when I thought we would never reach this stage. However, I can now say that we are “courtroom-drama free” – at least in regards to our blended family. The scars remain, the experiences no doubt have changed us, but the constant upheavals no longer control our daily lives.

After a recent conversation with a close friend, who is still in the midst of the madness and courtroom drama, I felt compelled to write in the hopes of giving chizuk – strength – to those like her who often wonder, “will this ever end?”


For those of us who have experienced divorce and remarriage involving children, the court system becomes a significant factor that must be considered while raising our family and making personal choices. The “system” with its very long “arm of the law” may step in and govern decisions – such as where the children go to school, where they can live, how much time a parent can legally spend with them, and the amount of child support owed – when parents cannot come to agreements themselves. The court can even decide which parent or guardian will be the party responsible for making the day-to-day decisions, which may include religious upbringing and medical issues.

There were times during the first decade plus of our marriage that I felt that my husband and I spoke more often with our attorney on any given day than with each other. Simply planning a family trip was grounds for being called into court. Switching “parenting time” to accommodate all of our children attending a family celebration needed to be “cleared” with the attorneys. Bad traffic that would result in returning the children later than usual on a wintery Sunday afternoon, after a Shabbat spent together, may have meant a call from a member of the police department questioning where we were and the reason for the delay.

Over the years there were small trips to court, to enforce our right to be included in the children’s educational concerns. There were longs days in court fighting for the “privilege” that allowed us to make aliyah which we view as our religious obligation and birthright.

There were months devoted to psychological evaluations by a very costly court appointed psychologist – twice, at different periods of the children’s development. Additionally, there were private evaluations by a therapist of our choosing, just to keep things balanced. I cannot even calculate the many miles we covered driving to and from these appointments to ensure that each family member involved was seen – in the hopes that the “bigger picture” would be taken into account. Countless hours and sleepless nights were spent wondering and worrying what the professionals may have seen; would it help our case or would it hurt our position? Would the therapist uncover what we had noticed? Only time would tell.

Sometimes we were involved with not one court case but two ongoing cases; same state, different counties. One of them involved my ex-husband and the other with my husband’s ex-wife. These battles left us depleted of time, energy and financial resources. I recall way too many evenings when my new husband and I spent reviewing court documents and attorney’s notes in order to keep each other up to speed and decide on our “game plan.” We would have certainly preferred to use that precious time at the start of our marriage dreaming of our life together instead.

There were court visits for “silly things” and court visits for life altering matters. Courtroom “lingo” became interwoven with our daily vocabulary. We could hardly believe that friends didn’t understand what giving a deposition entailed, or the proper format used when submitting a certification to court. Court appearances themselves were often grueling and stressful; there were days in court when I wondered if the judge believed the one sided accounts presented by our opposition. How can someone meet you in a courtroom after simply reviewing some paperwork and determine the type of person you are, what type of parent you are?

During one particularly difficult day the judge labeled me cold and unfeeling, based on my demeanor in the courtroom, when in fact I had walked in that day determined to keep my emotions in check. I thought becoming too emotional would have me viewed as weak or overly sensitive. I wanted to be careful not to be seen as playing on the sympathy of the court. Yet, my ex-husband, who was able to turn on the tears during his testimony, was praised for being sensitive and caring.

Friends, currently going through their personal courtroom drama, often ask how we made it through that difficult phase. I admit that it was difficult and seemed like it would never end. It takes a tremendous toll on the family, especially the children. No matters how we, as parents, try protecting them from the horror of it all, most children do pick up on the emotional stress and turmoil. When you are going through something so major and possibly life-changing as a family there is no way to keep it completely hidden. Often children’s “imagined truth” is far worse than the reality of a situation, so it is important to explain certain aspects in a way the children can accept and understand. 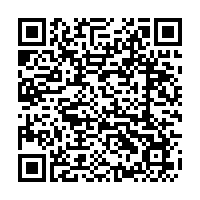