Thank G-d I had the great opportunity to be raised by wonderful parents. I have also been blessed with a great husband, whom I will call Calvin, who displays fine midos, is extremely caring and respects me tremendously.

My father-in-law treats me very well, but my mother-in-law interacts with me in a way that makes me feel like trash or like an infant. She makes a big deal about everything, wants things her way and never takes me seriously. I always thought that mother-in-law jokes were simply jokes − I had no clue that they can be very real.

At the family l’chayim, I thanked my in-laws for my future husband, and my mother-in-law rolled her eyes. Later when my mother mentioned how exciting it was to have such a simcha, I will never forget how my mother-in-law coldly responded, “Just remember (when it comes to the wedding), I have the boy. You have the girl.” I was embarrassed that my parents who have sacrificed everything for their children would have to deal with such a woman.

I am lucky that although my parents are not wealthy, they were able to finance a beautiful wedding. They told me they would handle the financial matters with my in-laws and did not allow these issues to surface between my husband and me.

The first matter of business that involved me a week after the engagement was choosing colors. Though not on my list of priorities, I was told the decision was mine to make. My mother-in-law never bothered wearing the color I chose. She never even asked me about the flowers I wanted to use at the wedding, which was probably the only item I wished to have an input in. She chose the flowers herself, and they clashed with some of my younger siblings’ outfits.

Shortly after we became engaged, my in-laws invited us to their community for a Kiddush in shul. The plan was that my mother and I would walk to shul with my mother-in-law. While we waited, she yelled at her daughter about how stupid she was for misplacing a sweater. (Calling her children stupid is not a one-time slip.) On the way to shul she complained that the wedding hall my parents chose does not compare to the place she wanted. (She wasn’t offering to help foot the bill for the 2250 people her side was inviting.)

In an effort to show her appreciation for inviting our family to the Kiddush, my mother had baked cookies to bring along, but when my mother-in-law unwrapped the large tray, she made some cynical comment about my mother being a “Susie-Homemaker.” She was not in the least bit thankful or gracious.

My husband happens to have tremendous kibud av v’eim, which made it difficult for him to finally admit that his mother does a lot of hurtful things. Since I’ve met her close to three years ago, I’ve become tense and negative and have even suffered a case of severe acne that dermatologists blamed on stress.

When we go to my in-laws for Shabbos, and I offer to help, she never responds. She hardly addresses me and often refers to me coldly, as when she asks my husband, “What does your wife want to eat?” (She doesn’t bother using my name. I am “the wife.”) If I do not care for a sweet dessert that everyone is eating, I am branded “crazy.” She hardly listens to what I have to say but will perk up when I am directing my speech to someone else. She also expects me to answer her rhetorical questions, staring at me till I respond. I haven’t figured this one out yet; she touches me with dirty hands that stain my clothes.

When my husband does something good, she calls him “her son;” when she disapproves of something he does, he becomes “my husband.” When we come for Shabbos with arms laden, she doesn’t wait for us to put our things down before doing her ritual hard hug, which is forceful even without holding anything. The only time I gain any approval from her is when I bring along something home-baked.

When we go to my parents for a Shabbos, she gets upset that we didn’t go to her. When we (or any of her children) come to her, she complains that she has to cook for us. When we are ready to leave, she always manages to delay our departure by bringing something out that needs fixing, repairing, toying, etc.

When we first married, we went for counseling to learn how to deal with my mother-in-law. Our only option seemed to be to confront her or to ignore the problem. She is not approachable, because in her eyes she’s never done anything wrong.

I am currently, Baruch Hashem, pregnant. When my mother-in-law asks me how I feel, she doesn’t wait for an answer before launching into details of her own pregnancies. In fact, she never lets me finish a sentence. I am nervous about the future. How will I teach the baby to respect his/her grandmother when I can’t stand being near her? I’ve overheard hurtful remarks to her other grandchildren, like “Who invited you anyway? Come back when you’re older.”

Is there anything I can do to make my situation less bleak? I can’t stand going to her because of her sour attitude and the shoddy way she treats me. Most of all, I can’t stand how she affects my feelings about my marriage.

I had hoped to be a dutiful daughter-in-law 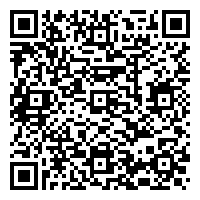