HAT OR NO HAT

Readers sound off on the subject of “wearing a hat” – originally addressed in a recent column by a mom whose 15-year old son’s refusal to wear one has created friction between him and his hat-wearing dad. (See Chronicles of 12-10 and 12-17.)

WHO HAS THE PROBLEM father or son?

Just wanted to share my thoughts regarding the woman whose son is not into wearing a hat.

I think you might have brought up the issue of children going “off the derech.” (Small issues made into large issues, causing fighting etc., between child and parent.)

It usually starts with arguing about things that aren’t really all that important but that the parent thinks is the end of the world because of “what will everyone think.”

A child who is constantly asking “why” needs space to be himself and not feel trapped by what others are thinking. He needs to know that his parents will accept him even when he can’t do what everyone else is doing. Let’s keep in mind that he isn’t “hurting” anyone, just disappointing his father while trying to be his own person – and a good person too!

I know for some not wearing a hat is awful, but what I’m “hearing” here is that soon there will be fights about other issues as well, because this boy feels like he is not being heard or understood. His parents should spot the warning signs and realize that this might just be the beginning of a rebellion (going off the derech) if the matter isn’t properly addressed.

While the poem (Moshiach’s Hat) is apropos, the father of this boy won’t have an appreciation for it. His concern is what the neighbors and friends will say.

Thank you for listening and letting me let off some steam. I do know many parents who had the same attitude and who would now be grateful if all their child did “wrong” was not wear a hat toshul!

I know you are aware of all this but I’m wondering if this isn’t more of what the parents needed to hear.

May you be blessed with koach and years to continue doing all the good that you do.

About the lady with the hatless child, I submit the following:

The mother clearly expresses her anguish at the situation. She obviously wants her son to follow the practices of her family – as should we all, with our own offspring, Be’ezras Hashem. If I may note, while the response you provided indicates the necessity of achdus, something we have often lacked for over two millennia, it did not address her issue.

The hat, of late, is a religious victim. It was always part and parcel of the defining garb of a Jew. Look at any picture of a Torah leader in any past generation, and you will see a noticeable head garb. Wikipedia’s entry on turban features a Yemenite Jew. Imagine a picture of the Rambam without his turban or Rashi without his oversized, fluffy hat.

The kova tembel used by early Israeli settlers was a representative nod to the tradition. Contrary to popular belief it was not very useful as a sunshade with its nearly worthless brim. It rather functioned as a utilitarian kippa that was not prone to slipping off one’s head during work – as opposed to the earlier settlers who, while working the fields, were constantly picking up and reverently dusting off their European style kippot.

Whatever the name the head covering has been given over the years – Nemes in Egypt, turbans and keffiyeh in Asia, etc., etc. – it remains part and parcel of the ben Torah.

Whereas early halacha will tell you that the yarmulke was originally considered a midas chassidus, an above and beyond minhag, later poskim such as the Tur, Bais Yosef or the Taz, inform us that it was enthusiastically accepted and is now considered a must for the G-d fearing Jewish male.

Furthermore, The Gra [Vilna Gaon] in hilchos tallis notes that the head should be covered during religious duties. He clearly notes that this halacha (in siman 8) is referring to a tallis or a head covering other than the standard kippa. As the yarmulke has become an everyday standard, the double covering, i.e. hat, is now the midas chassidus, recommended for use during religious service. The Gra notes that even when meeting a talmid chacham, a hat should be worn.

There is one more issue at hand: The child’s objection to wearing a hat may be due to peer pressure, meaning the parents may have chosen a school where the students do not embody the same values as they do.

Another possibility is the child himself. His chinuch should have reflected a willingness on his part to be a link in the chain, stemming from himself all the way back to Moshe Rabeinu, which would encompass family traditions lovingly handed down from generation to generation.

As the Gemara frequently states, hizheru b’minhag avosaychem b’yadaychem – be vigilant with the traditions handed down from your ancestors. If the boy doesn’t have this feeling, then there are deeper issues at hand than the hat. 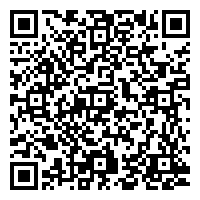