I realize that my letter may be a little off topic for your column, but it can be a great source of reaching out to our community. I am a social worker in a community center and I work mostly with elderly immigrants, the majority of whom are Jewish.

It pains me greatly to hear day in and day out about how much these people are being mistreated by their landlords and/or managers, the majority of whom are also Jewish. The landlords do not live up to their part of the rent deal, like making repairs every three years as required by law, or making sure the buildings are mice-free, and the garbage is taken out regularly, and so on and so forth.

Don’t get me wrong: I know that there are wonderful and responsible landlords, but apparently they are a minority. I know how ugly it can get: I lived for five years in an apartment building owned by a frum couple and managed by a frum individual, and the only way we could get him to fix anything was by withholding a rent payment. Money talks!

As far as the elderly immigrants are concerned, the landlords raise rent mercilessly knowing upfront that these people are on fixed incomes; they are terrified of being thrown out in the street and will borrow from anyone they could to make that monthly payment – no matter how badly their apartment needs the repair.

Landlords/managers abuse the fact that these tenants are non-English speakers and elderly. However, all of the above is not the main reason I am writing to you today. Since most of my clients and those in similar situations cannot afford the ever-increasing rent, they apply to different housing programs. Section 8 is the most popular. It has been closed for new applications for a few years. Finally, in these past few months, the people who have been waiting for it for 14 years received their vouchers. Unfortunately, they will lose them because they have only six months to rent an apartment with it, and – you guessed it – the landlords refuse to take them.

Now, don’t throw stones at me, but I am pretty sure that the majority of these buildings have been paid for years ago and rental income is a clean income (minus maintenance expenses). Therefore, it is all about money. When I called one such landlord and pleaded with him to change his mind and accept a voucher from a couple that lived in that apartment for 12 years, borrowing left and right to always pay on time, he refused. When I told him that the wife had two brain surgeries and is on dialysis (we had all the letters from doctors and hospitals), and that as per her treating physician, the move would physically kill her (her husband is also disabled, and they are childless and elderly), all I heard was, “It is too much of a headache to deal with the Housing Authority.”

And there are hundreds of similar cases. It is a disgrace and a Chillul Hashem! And some are even taking bribes to accept the vouchers, and we are talking thousands of dollars. Widows, old and disabled are being denied shelter when it is Hashem’s commandment to do the reverse. You have to see the pain in these peoples’ eyes. The desperation is palpable. They have literally nowhere to turn.

I am writing to cry out to our community to treat our fellow Jews (no matter how unobservant, old, or non-English speaking that they may be) the true Torah way. Otherwise, it is just like the saying goes “In G-d we trust. Everyone else pays cash.”

It is indeed a heartbreak to watch the helpless suffer, and it is truly appalling that they do so at the hands of those who consider themselves to be Torah-observant.

I have chosen to publish your letter at this juncture – a time of year when minds perk up and hearts are on alert. Soon we will be judged for our deeds and we will be dealt with as we have seen fit to deal with others.

But there is still time for teshuvah, and every person should seek to make amends in order to merit favor in the heavenly courts.

The Midrash Tanchuma relates an awesome narrative. Rabbi Akiva one night observed how a man with a blackened face was hauling a heavy bundle of wood on his shoulder, rushing to and fro. He stopped the person and asked him why he was in such a hurry and whether he was a slave who was being tormented by his master – in which case, Rabbi Akiva offered to redeem him. Or, if it turned out that the man was poverty-stricken, Rabbi Akiva would enrich him.

The man replied that he was neither a slave nor a poor man – but a mes, a dead man dispatched from gehennom every night to chop wood and lug a bundle of it back with him. He would then be set ablaze atop the burning wood and be resuscitated in order to repeat the pattern: Fetch his own wood so that he can be burned and then resurrected only to re-enact the scene over and over again.

Rabbi Akiva asked the man what he did when he was alive. He answered that he was the king’s tariff collector and would curry favor with the rich while he’d harass the poor, not caring if they were left penniless or would die of hunger.

May we all come to our senses and merit to be written up in the Book of Life for a Sweet and Happy New Year. 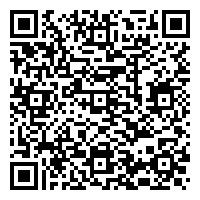